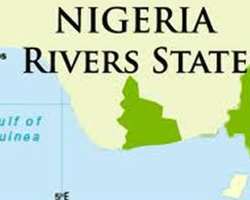 
Chairman of the Rivers State chapter of the PDP, Hon Felix Obuah says the party will no longer tolerate deliberate acts of indiscipline and disrespect to it by any of her members in the state no matter the office he occupies or the social status of such erring party member.

Obuah, in a statement signed by his Special adviser on Media, Jerry Needam, said the decision was taken against the backdrop of recurring intentional malicious utterances and actions by certain members of the party who are bent on dragging the good name of the party to the mud and creating dissatisfaction between the party and the general public.

According to the party, while the leadership is making frantic efforts to make sure the raging internal political crisis in the state is checkmated and ensure that all aggrieved members are peacefully reconciled, certain members of the party notably, Senator Magnus Ngei Abe*, *Hon Andrew Uchendu, Hon Dakuku Peterside and others are busy throwing spanners into the wheel of progress through unguarded statements and divisive actions.

The party reminds such members and dissidents of the provisions of Article 9 of the PDP constitution which forbids all members from any act that will portray the party in bad light including publishing or distributing to the media, any material which purports to be the view of any faction or tendency within the party etc.

Obuah warns that failure to refrain from such anti-party activities and or propaganda detrimental to the party, the party leadership in the state will be left with no other option but to refer such cases to the Disciplinary Committee for appropriate action in line with party rules and regulations.

'We therefore enjoin all our party members to be wary of the temptation to challenge the supremacy of the party, as not heeding this advice certainly carries dire consequences. To be forewarned is to be forearmed,'he declared.