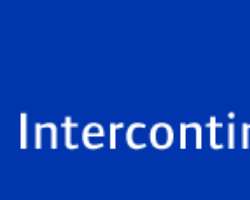 The development may have been one of the fallout of stakeholders meeting held last week between the management of some rescued banks and prospective offshore investors who have shown interest in buying into the banks.

A source privy to what transpired at the meeting told Daily Sun early last week that necessary groundwork for cementing the deal has already been concluded between the South African bank and management of the Nigerian financial institution, and would be made public as soon as CBN approves the acquisition format agreed by both parties at the meeting.

Though details of the deal were still sketchy as at press time, early indications show that staff of Intercontinental Bank may be allotted about 15 per cent of its equity, while other stakeholders, including Nigerian institutional investors would be share the remaining 10 percent.

As if to confirm regulators' earlier stance that investors in the rescued banks have lost their investment judging from their status prior to the CBN intervention in August 2009, the source gave no hint as to the fate of the original owners of the bank as well as others having substantial equity in the 20 year institution.

Observers have however expressed fears that prospective buyers may face stiff opposition from investors if the proposed allotment formula that excludes the original owners forms the basis of the recapitalization.

However, Standard Bank impending acquisition comes on the heels of recent declaration by the Central Bank of Nigeria, Governor, Mallam Sanusi Lamido Sanusi, that the eight rescued banks would be required to repay the N620billion Tier 11 capital injected into their operations last year.

As at the end of last year, the eight banks had already paid an estimated N18billion as interest on the rescue package, even as activities at the various institutions remain very low.

The governor had told News Agency of Nigeria in Pretoria South Africa, Monday that government funds put into the banks ought to be repaid between April and May this year when the institutions would have been fully recapitalized.

He had premised his optimism on the imminent passage of the Asset Management Company of Nigeria, (AMC) Bill, which will buy up some of the toxic assets to be able to ease the banks' present liquidity constraints.

The CBN boss said that talks on possible merger of the ailing banks with local and foreign investors were on going and the stakeholders and directors of the banks were working with consultants to appraise the offers made.

Standard Bank of South Africa had in a deal sealed in 2007 acquired about 51 per cent equity in IBTC Bank, another Nigerian bank to form Stanbic IBTC Bank. If the current deal sails through, Standard Bank may become the largest foreign financial investor in Nigerian banking industry.