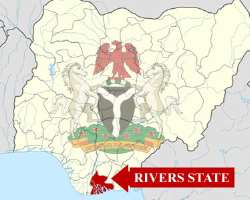 SAN FRANCISCO, July 31, (THEWILL) – The Deputy Speaker of the Rivers State House of Assembly, Hon. Leyii Kwanee, on Tuesday, called for an investigation of the alleged ill-treatment of the Majority Leader of the Assembly,Hon. Chidi Llyod, by the Police.

His call came as he dismissed the claims by the Rivers State Police Command that the embattled Majority Leader was not tortured, describing the denial by the police as face saving and insincere.

The Deputy Speaker, who spoke with newsmen in Port Harcourt, also flayed the police, saying what is expected of them if they are honest is to investigate the allegation and fish out the culprits rather than deny it without any investigation.

He therefore called on the Inspector General of Police, Mohammed Abubakar, to investigate what happened when Lloyd arrived Port Harcourt , saying it was not enough for the police in Abuja to say they treated him well.

Kwanee said reports available to him showed that Lloyd was treated with disrespect and violation of his rights and that the reports filtering from the custody is being digested to enable a team of lawyers being assembled by the state Assembly to push the case to the ECOWAS Court to enforce Lloyd's fundamental human rights.

Kwanee, who is the Chairman, Parliamentary Exchange and Mentorship Programme of the Pan African Parliament, said the idea of going to the international Court is based on the fear that Llyod might not obtain justice considering the powerful interest in the matter.

He described the torture meted to the House Leader as a custodial crime for which any police officer involved should be punished.

The Deputy Speaker further stated that the torture of Lloyd ran foul of the 1984 international convention against torture and other cruel, inhuman or degrading treatment.

He said it is this type of attitude by federal agencies concerned about the matter that informed the Assembly's intention to go outside the boundaries to seek justice for the leader of the Assembly.

He assured Lloyd's family, friends and supporters that the Assembly will leave no stone unturned to enforce and protect his fundamental human rights, saying there was a cause that leads to effect.