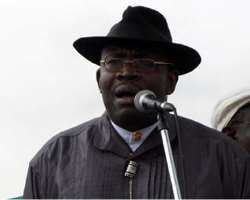 The committee, chaired by Governor Seriake Dickson of Bayelsa State, said it successfully got the trioka of Abba K . Yale, Yahaya A. Sule  and Bashir Maidugu, to withdraw the matter.

A statement signed by the plaintiffs indicated that their lawyer, FN Nwosu, today filed the necessary papers to discontinue the case-  with suit number CV/2418/13- before Justice Suleiman Belgore of a High Court of the  Federal Capital Territory (FCT).

The aggrieved party men said they had absolute confidence in the ability of the Dickson-led committee to resolve the matter that drove them to court.

They disclosed that their lawyer told the court to, in the face of their withdrawal, strike out the suit “to save the PDP from unnecessary delay in the conduct of its primary.”

The trioka promised  to “support and cooperate with the committee and all other agencies of the PDP in order to have a hitch-free national convention of the party.”

They praised Governor Dickson for brokering the peace accord, and appealed to other aggrieved party members to embrace the olive branch offered by the committee.