DOING BUSINESS IN AFRICA: THE POTENTIAL, RISKS AND CHALLENGES REVEALED… 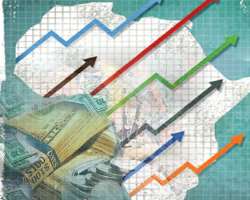 The African continent is increasingly becoming the global common hub for doing business. A continent which not long ago was described as a ‘hopeless continent’ have risen above all odds to actually show the potential that it posses. Not only is Africa attracting the world and depicting that it is capable to contain them, but increasingly from operators in Africa itself. Africa’s economic structural reforms have shown a strong resilient following the global economic crisis in 2008 by rebounding back very quickly since the last decade and going forward, looking more boisterous.

The economic fundamentals are clearly in favour of Africa and just what exactly do I mean by that. I am talking about the potential, the capacity; the zeal and the robust economic posture of continental Africa. The numbers are clearly in favour of Africa. I am talking about steadier exchange rates, robust commodity prices, increased private capital flows and modest inflation. Africa has got a very good fiscal story with debt to GDP ratios at the sovereign level which are no where near the burden of what is seen in Europe, United States and other parts of the world. Africa's trade with the rest of the world has increased by more than 200 percent and foreign direct investment grew by 27 percent in 2011 alone.

Rising middle class:
The world is getting richer and about 90% of the world’s population lives in the emerging markets and the expectations are that we would have approximately 3 billion new people in the world’s middle class by 2030 and a lot of those people will not just be coming from Asia but Africa. Africa’s middle class stands about 400 million people today and is estimated to balloon to 1.1 billion by 2060, thus representing 42% of the continent’s population by that year. The increasing pace of urbanization and “consumerization” in Africa is yet another force to consider. As Africans flock to cities and disposable incomes rise, their demand for modern goods and services, such as, telecommunications and banking services will accelerate. Global businesses— whether based in Asia, Europe or the Americas—as well as home-grown African firms can’t miss out on this story.

Labour and youthful population:
The labour story is very positive with 60-70% of Africans under the age of 25 and by 2050; Africa’s population of 2bn will have overtaken that of India (1.6bn) and of China (1.4bn). This is a very young and dynamic population that global businesses and investors can leverage on. The continent is rich with untapped natural resources, arable land and ever buoyant consumer market. With a population of little over a billion, the continent possesses a strong consumer market for businesses. In terms of productivity, this continent is a great absorber of technology and is able to combine labour and capital to help spare economic growth.

Thus, with growth prospects buoyant, and the number of African consumers rising, businesses can no longer afford to ignore this vast continent, 54 countries—and immense natural resources, including people.

However, although returns can be high, so are the risks both economic and sociopolitical, of doing business in Africa.

An infrastructure deficiency
Most operators in Africa will agree that the economic efficiency is not harmonized due to difficulty in accessing Africa’s markets. Therefore, for Africa to realize its full potential, then a fully structured and sustainable infrastructure development is needed. Although the continent has successfully maintained an average growth rate of between 4 % and 6% for the past few years, Africa accounts for 12% of the world’s population but only contributes 1% of global GDP and only 2% of world trade.

Faster growth in recent years has highlighted deficiencies, exposing bottlenecks in ports, roads, rail and power supply. Energy, water, sanitation, telecoms and transport have long being identified as a major setback to doing business on the continent. Energy supply continues to be Africa’s largest infrastructure challenge with 30 countries experiencing frequent power outages with just over a third of Africa’s population having access to electricity. Poor infrastructure cost each member countries growth to reduce by 2percentage point each year and cut productivity by as much as 40%.

These issues have had a profound effect on investors. Very few locations have sufficient infrastructure. According to the World Bank about $93 billion is needed annually to be able to fund Africa’s infrastructure for the next 10 years. Which is about 15 percent of the region’s GDP

Cumbersome business climate
Although the key business indicators are improving, the region’s operating environment remains one of the most difficult in the world, suffering from high corruption, shortages of key skills, stop-go policies, poor regulations and labour union issues.

Business environment reform is very strategic as a means of attracting more investors for development in Africa. Where investors and markets are stifled by inappropriate regulation, excessive taxation, lack of unfair competition, lack of voice or an unstable policy environment, investment opportunities are likely to suffer, and above all—as already mentioned, very poor infrastructure. As a result, African countries still dominate the lower reaches of the World Bank’s “Doing Business” rankings. Business climates are hugely divergent. In Rwanda, it is possible to set up a business in two days; in Kenya, it can take 18 months. In some countries, such as Angola, it is still very difficult to get a business visa. But there is an overall trend of improvement. According to the World Bank, over a five year horizon, from 2006 to 2010, doing business in most African states improved, in some by large margins, led by Rwanda. Only a few countries (seven in total) did not see any improvement over the period. Mauritius, South Africa and Botswana are the three best locations for doing business in Africa.

Skilled labour deficiency
Most African countries have abundant labour but finding skilled workers can be difficult. According to Accenture, where highly educated people are available, they tend to lack practical management experience. Although employing expatriates is an option, this is not always the best solution. Expatriate personnel might find the living conditions in many African countries difficult. Employing foreign workers also slows down the skills transfer process. Language barriers in certain African countries can also be a problem for expatriates. Therefore while investors have to deal with infrastructure deficiency and cumbersome business environment, unavailability of skilled labour is also another.

Making and receiving payments as well as goods and also not having a local partner are also identified as a major blocks in doing business in Sub Saharan Africa. Also, information is sparse and you will not be able to make any plans using an analytical approach. Investors normally find it very difficult to have access to comprehensive sector by sector information on Sub-Saharan economies. This coupled with other factors such as fraud, political instability, dysfunctional institutions, corrupt government officials, adverse exchange rates and bureaucracy are major setbacks for doing business in Africa.

Strategically addressing the difficulties above can help accelerate the rate of development in Africa by ensuring economic growth and transformation.