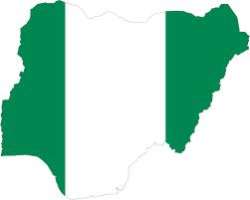 Corruption no doubt, is one word that has become very popular, if not most popular amongst Nigerians. It's that famous today such that every bad deeds in the society is attributed to it. But as bad as it is seen by the society, many Nigerians, if not every Nigerian, still finds it very convenient to engage in it; yet everyone points accusing finger to every other stranger on the street, as perpetrator of the act, trying to shift the blame, and more importantly, the responsibility to really tackle the bane called corruption.

Corruption, in my own dictionary, is simply a distortion of order or the value system. A value system, on the other hand, is a set of consistent methods or measures. It's a measure of good or bad, and/or a factor of what is moral or immoral. It also goes to hold that a principle or personal value is a foundation upon which other values, methods and measures of integrity must be based. It means that the relative worth, merit or importance of something must be determined on the table of personal or principle value or order. And I must confess that these elements dictate every societal norm.

The truth however, is that without a strong personal or principle value there cannot be a strong value system. And a high value system can only be attained through, or built on, the people, hence they are the portraying elements of a value system. And where this is lacking, the entire structure is bound to fail. And that is the stage, where Nigeria is today.

Once upon a time, I know and perhaps, heard stories of a Nigeria that worked. It was when reasons and common sense prevailed. I called it the glorious past. But was there ever a time like that? Of course, a brief review of the 50s before the independence should readily come to mind. And at about that period most of those, who later become Nigeria's heavy-weight politicians of the 1979 and 1983 era were still undergoing one form of study or the other within and outside Nigeria.

Those, who were not studying were perhaps either the architects of Nigeria's independence or the first set of prosperous Nigerian businessmen. It follows that virtually all the first set of truly educated Nigerians, who found themselves graduating into political power were responsible for Nigeria's gradual decadence.

They, as a matter of fact, destroyed the value system that best reflected the relative peace, societal harmony, and social comfort, which is obviously lacking today. The societal peace was that which encouraged people wherever they resided to move about freely night and day without fear of robbers, kidnappers or ritual killers.

According to enviable tales told by some Nigerians, who were lucky to experience the glorious past, it was a common feature then, for Nigerians to leave their homes at mid-night for parties. Couples and lovebirds even go to the beach and walked down the streets, as late as 12.00am dead-night, not minding what we called odd or ungodly hours today.

Cars were safe where parked and homes were secure without doors, windows, gates been shut or locked, and without fence or burglary iron been erected anywhere. No doubt, the moral parameter was high and indeed, there was a social security.

The law, order and justice systems were also something to write home about. Aside that the police was highly disciplined, the presence of a policeman at a scene was enough to create a lawful and decent scare, as everyone feared offending the law, even when all a policeman carried as arm or weapon, was a Baton.

The story was even told of a popular police officer, who committed suicide, after been discovered to have accepted a bribe. Justice no doubt, was expeditiously administered; hence people were seriously deterred from committing crimes and those, who did were promptly caught and punished, even as prisons were well run and positioned to offer re-formative opportunities to offenders.

Within the limits of standards set and monitored, education in Nigeria was at par with those obtainable in the United Kingdom and the United States of America, and it was quite affordable and indeed, unavoidable as the Western Region then provided quality free education.

The health sector was well organised. Hospitals and health centres were available, drugs were affordable and available in all government facility and were dispensed to Nigerians with ease.

Maternity hospitals or centres were complemented with domiciliary midwifery and inoculation services. Good drinking water and electricity supply were readily available at urban areas and regular. There were also communal taps from which all and sundry could fetch water and the intensity was high, if not gushing.

All of these, especially religious tolerance, were factors responsible for the social peace and security that were enjoyed then, as Muslims were at peace and harmony with their Christian fellow-citizens and those of traditional or indigenous beliefs were free to practice their religion, all within the setting of a secular state, Nigeria.

Indeed, Nigerians lived with pride and were proud to be called Nigerians, even when the economy was largely agrarian and its agricultural exports accounted for the largest portion of the nation's foreign exchange earning.

No doubt, Nigeria and Nigerians witnessed peace, prosperity and steady development of its resources and all citizens felt the positive impact of governance in all aspects of the societal life. Governance then was not merely a process of creating projects and awarding contracts. Everything was done within reasoning and common sense in the interest of the generality of the people.

To this end, Nigerians were proud of themselves, the leadership and the country both with and without, such that those, who travelled or sojourned out for the purpose of education or some other reasons, were eager to return home. The people have self-respect, contentment and there was dignity of labour.

They did not need to own millions or trillions of naira, fleet of cars or hectares of estate to earn respect, as the basic necessities of life were readily available through the machinery of good governance. This shows that the existed order aligned and guaranteed social security in all its ramifications; hence an average Nigerian had, and has never really asked for too much of the leadership.

According to Article 22 of the Universal Declaration of Human Rights, social security is a concept, which states that everyone, as a member of the society, has the right to social security and is entitled to realisation, through national efforts and international cooperation, and in accordance with the organisation and resources of each state, of the economic, social and cultural rights, indispensable for his dignity and the free development of its personality.

In other words, it means that the society in which a person lives should help him or her to develop and make the most of all the advantages - culture, works, and social welfare - which are offered to him/her in the country.

It also follows that the action of government must promote the welfare and guarantee access to sufficient resources for food and shelter as well as health and well-being, including employment.

But then, our so-called leaders, at some point, which I obviously did not know, became self-seeking and self-centred, out of individual greed and inordinate desire for wealth, lost it, and then set in motion the gradual decadence, which of course, has grown into the popular monster called corruption today. And the rat-race for social security no doubt, stemmed from this leadership error.

The Nigerian leadership created the existing social insecurity by unconsciously and perhaps, wickedly taking away every element of a relatively peaceful and secure state earlier mentioned above from the people, owing to the individual greed; therefore sowing a seed of what I called multi-faceted selfishness - that's sectional or inter-tribal suspicion and scramble for political dominance and national cake.

This damage or distortion of the national value or order however, subsequently led to the generic greed, which has forced every Nigerian to become self-seeking and self-centred today, following the realisation that the greedy leadership have taken away the basic elements of their social security, and that they in-turn have to fend for themselves and their families.

The result however, is the existing rat-race for survival and to acquire some forms of comfort for their families; at least, if not for anything, a good shelter, education, electricity, water, insurance, health, and security. It follows therefore, that every Nigerian is the true face of corruption. After all, corruption is not particularly a ghost or a demon. It's simply an immorality been perpetuated by Nigerians.

It's indeed funny and in fact, laughable, when Nigerians come together, perhaps at religious camps, to bind corruption out of existence; for me, it means binding nothing, because we are corruption. If the truth must be told, this is the root cause of all the national problems today, and an average Nigerian is unconsciously involved in the rat-race, which obviously is not only at the detriment of all its competitors, but at the verge of destroying the nation - Nigeria.

The militants and the aggressive political activities by individuals, groups, and movements , oil pipeline vandals and thieves, kidnappers, ritual killers, and armed robbers that have virtually engulfed every parts of the country are simply reactions to the leadership greed, which came to bear as a result of the realisation that governance is no longer about representation, but about proclamation and forceful possession of what rightfully belongs to every Nigerian and not just a few greed thieves.