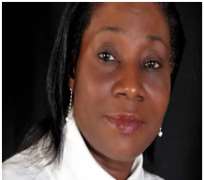 At a time the generality of Nigerians are very angry with the members of the Senate for violently failing to protect the fundamental human rights of the Nigerian girl child by out rightly refusing to state in black and white the universally acceptable age of consent and/or marriage in order to save the Nigerian girl child from ferocious attacks by paedophiles and sexual predators who are prowling round like roaring lion looking for innocent girl child to devour, the other side of the national assembly- federal house of representatives was last week presented with a historic opportunity to right the obvious institutional wrong about to be done by the Senate when it had a public hearing on a proposed bill to amend the extant law setting up the Nigeria's Consumer Protection Council to make it stronger and more effective to protect the rights of all Nigerians.

The Consumer Protection Council is the apex consumer protection agency of the Federal Government of Nigeria established to amongst other things promote and protect consumer's interest in all areas of products and services, provide speedy redress to consumers' complaints, inform, educate and empower consumers to act as discerning and discriminating consumers in the market place.

Since it was set up, this agency has faced several challenges among which are what experts have identified rightly as inherent weaknesses in the enabling law which include but are not limited to non definition of consumers' rights and inadequate provisions for their enforcement; lack of a specific institutional framework for the defence of consumers' rights; undefined relationship with sector regulators leading to some confusion as to the role of the agency; an over-bloated and unwieldy 43-member governing board and many more.

At the public session attended by the crème de la crème of the society including the minister of Trade and investment, the urbane looking Mr. Olusegun Aganga, and Mrs. Catherine Dupe Atoki, the newly appointed Director General of the Nigerian Consumer Protection Council, a consummate human rights expert clearly told her audience that the agency since it was established has had to contend with lots of teething operational impediments even as she rightly pointed out that, over the years, emerging technological changes, new trading methods, patterns and agreements have brought about new challenges to consumers of goods and services in Nigeria making it necessary to develop and employ further innovative ways to protect the interests of consumers.

According to her, these challenges necessitated the desire and clamour by Nigerians for the comprehensive legislative review of the enabling law, a difficult but necessary process this government agency commenced since 2003. The first effort spearheaded by the then Senator Jonathan Zwingina faced the presidential huddle when the then President Chief Olusegun Obasanjo failed to sign the passed bill into law thus necessitating the presentation of this bill afresh.

This bill for the review of the enabling law setting up the Consumer Protection Council didn't scale through in the last sixth session of the national assembly which automatically transmitted it to the current seventh session. Nigerians are looking up to the Federal House of Representatives and their counterparts in the Senate to see this and many other human rights friendly proposed bills as their chance to redeem their waning image by passing them on time to enable the President assent to them so as to broaden the horizon and frontiers of human rights respect in Nigeria.

The struggle to actualize the review of the law setting up the consumer protection council should be seen as a national priority by all and sundry particularly because of the fact that the consumer rights of all Nigerians are most times breached fragrantly by major businesses and most times a lot of Nigerians are not even aware that they have inherent rights as citizens and importantly as consumers. Even the popular slogan that the consumer is king is most times seen as a huge joke by even the consumers who often sleep n their rights and allow manufacturers; traders and service providers to violate their rights as consumers with reckless abandon.

Others who are aware of their rights do not want to pursue it to the highest level because of the belief that the agency charged with these onerous tasks is institutionally and structurally weak. These are the challenges that this on-going review seeks to tackle.

In her characteristic candidness, Mrs. Atoki said the purpose of the review is to re-enact the Consumer Protection Council Act to provide for a broader and more effective Council, clearly define consumer rights and ensure the removal of fake and substandard products from the market, ensure the protection of Consumers and their access to easy and speedy redress through the establishment of an elaborate consumer redress system, establishment of institutions for the protection of consumer rights and among other things complement laws governing unfair competition and deceptive and fraudulent practices.

When this bill is passed into law here are some of the specific benefits that will accrue includes the expert formulation of clearly written Fundamental Consumer Rights which for the first time in Nigeria certain specific rights of consumers are defined for codification even as the Part 6 of the proposed amendment will state that Consumers' right to disclosure and information;right to choice; right to fair and responsible marketing;right to fair and honest dealing; right to fair, just and reasonable terms and conditions; and the right to fair value, good quality and safety are hereby guaranteed and protected by law.

These rights represent the basic rights of consumers in the United Nations declaration of 1985 and this amendment makes those rights an integral part of Nigerian law.

Importantly, experts say that clearly defining consumer rights is important to consumer awareness and the enforcement of consumer rights. Mrs. Atoki who has practiced law at the highest level in Nigeria for over two decades told Nigerians that under the proposed bill before the national legislators, the consumer has a right to return and collect a refund for an unsuitable or defective product which he had purchased notwithstanding exemption clauses like 'once tested and taken away cannot be returned'. This was hitherto a challenge as suppliers hide under such clauses to refuse to refund or make good defective products. It is noteworthy to state that in the United Kingdom and other developed climes, such clauses are strictly enforced even by the sellers without much recourse to the law enforcement mechanism.

Another salient quality of the proposed bill s that an elaborate and well articulated redress system dedicated specifically to consumer issues is set up under Part 8. By the proposed amendment, consumers may enforce their rights either by themselves or through the instrumentality of the Council, Civil society groups, the Courts or an ADR Agent.

These provisions will address the legal lacuna usually seen in many legislative frameworks whereby Nigerians are clearly disempowered from initiating moves to enforce observance of the beautiful provisions enshrined in the laws.

A law no matter how beautiful and edifying, if there are no clear provisions on how they can be relevant if enforced, will increasingly become a huge scam. Agencies such as the Public Complaint Commission falls within the realm of those bodies that Nigerians see as bogus and unworkable.

Shedding light on the ease of enforcement of the proposed bill if passed, Mrs. Atoki stated thus; "the bill makes the enforcement of consumers' rights by the consumer or the Council faster, cheaper and less time consuming. Hitherto, consumers were constrained to go to court with the attendant delays and costs. Under this bill they have alternatives. "Institutions dedicated specifically for the protection and enforcement of consumer rights are established under part 10. These include a Negotiation, Mediation and Conciliation Tribunal, mobile courts and small claims courts", She stated.

It is generally believed that when this proposed bill scales through and the President assents to it, the Consumer Protection Council will become operationally and financially independent to more effectively battle the scourge of violations of the consumer rights of Nigerians and the National Assembly and state legislators will be clearly assisted by this new law to more effectively protect the rights of their constituents as the elected representatives of the people. The new law should therefore be considered as a priority bill in the ranking of the National Assembly.