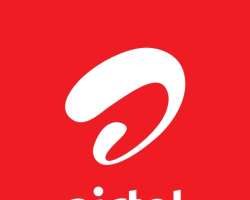 .....Over 4,000 youngsters to vie for space at Arsenal Football Clinic

Following the successful completion of the nationwide registration of participants for the season three of the Airtel Rising Stars (ARS 3) national U-17 Tournament for boys and girls, the zonal championship of the competition will hold from July 22 to August 9 across six centres.

Over 4000 registered youngsters from secondary schools and academies will feature in the championship slated for Lagos, Ibadan, Enugu, Port Harcourt, Kaduna and the FCT, Abuja.

According to Airtel's Chief Operating Officer/Executive Director, Deepak Srivastava, the registration exercise was hugely successful as thousands of youth indicated interest in beginning their journey to football stardom through the ARS tournament.

Said Srivastava: 'We have concluded preparations to ensure a hitch-free tournament that will be full of fun and excitement. More so, this year, as we shall host teams from 16 other countries in Africa for the African Championship as well as the Soccer Clinic to be facilitated by a team of coaches from Arsenal Football Club of England. We have no doubt that the Nigerian teams will make the country proud by lifting the all-African Trophy'.

Tournament partners, Youth Sports Federation of Nigeria (YSFON) and the Nigeria School Sports Federation (NSSF) are to lead an independent team of seasoned sports personalities including grassroots coaches to conduct the screening exercises that will begin from 10 am to 5 pm on designated days across the six centres.

The Zonal Championship will run on a three-leg format beginning with roadshows in the designated host cities, followed by the screening of registered players and finally, the play-off matches which will run in a league format.

In the same vein, Enugu zonal matches will be decided at the University Stadium, UNEC, Enugu, just as the Training Pitch of the Liberation Stadium will serve as the venue for the Port Harcourt zonal championship.

The Legacy Pitch, National Stadium, Surulere and the Mainbowl of the Liberty Stadium, Ibadan will host actions for both the Lagos and Ibadan legs of the zonal championships.

Successful talents from this exercise will qualify to feature for their teams in the knock-out stages from which eight teams from both the male and female categories will proceed to the semis to determine the two finalists and eventual winners.

The winners will automatically qualify as zonal flag bearers to the national championship in Lagos.

ARS Season 3 will end in an exclusive football camp for select top talents who will emerge from the respective countries under the tutelage of professional coaching staff from Arsenal FC and Manchester United, who will provide coaching clinics for the scouted talents under the Airtel Rising Stars platform.

Similar to last year, top teams from 17 African countries will compete against each other for the title of Airtel Rising Stars African Champion, scheduled for Nigeria in September.