Reps Under Fire Over Rejection Of New States 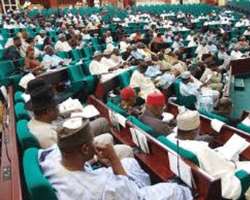 
Agitators for the creation of more states in Nigeria have accused the House of Representatives Committee on the Review of the 1999 Constitution (as amended) of insincerity on its recommendation that no new state should be created because the applicants failed to meet the constitutional requirements for the exercise.

In separate interviews with LEADERSHIP Sunday, the proponents accused the lawmakers of playing to the gallery, asserting that they (agitators) substantially met the provisions for the creation of more states.

In its report, the House of Representatives' committee led by the deputy speaker, Emeka Ihedioha, declared that none of the 35 requests it received from agitators for the creation of more states met the requirements.

The lower chamber also amended section 8 of the constitution to read that 'only elected local government officials can participate in the process for the creation of states'. It also proposed that only registered voters can participate in a referendum on state creation.

However, the campaigners for the new states said the struggle has just started and vowed not to give up until they realised their dreams.

The chairman of the Movement for the Creation of Gurara State, Gen. Yunana Nom (rtd), said their request was adjudged by the lawmakers as the best in 2010 and wondered why they have changed that position.

'As you can see from the zeal of our people, we want another state in Kaduna. We are qualified and we will not drop the demand. Whatever criteria they want to use, we want to ensure that our request turned out to be the best because we are qualified for a state,' Nom said.

Senator Nenadi Usman representing Kaduna South, which is part of the area seeking the new state, said she had spoken to her colleagues from the state and they had supported the quest for another state.

The national president of Southern Kaduna People's Union (SOKAPU), Dr Ephraim Goje, expressed the optimism that, soon, the people of the area would celebrate the creation of another state from the present Kaduna.

The Kaduna State House of Assembly also faulted the decision of the reps, saying 'the NASS is making the issue of state creation more difficult for the people'.

The majority leader of the House, Mr David Umar Gurara, said: 'We all know that the process for the creation of state is too cumbersome and the National Assembly is in the best position to reduce the cumbersome nature of the process.'

He said: 'When the late head of state, Gen. Murtala Muhammed, announced creation of new states, he remarked that we have to stop somewhere. As the more states we create, the more we highlight problems of minorities. The requests were too many and the procedure is difficult. That is why it was only the military that was able to create states and local governments in Nigeria.'

The south-east zone, which appears to be on the forefront of the campaign for additional states, has only five states — Abia, Anambra, Enugu, Ebonyi and Imo — while other zones which have either six or seven states. The 2005 confab recommended an additional state for the zone to redress the injustice.

An executive member of the group seeking the creation of Aba state from Abia State, Chief Alozie Agbara, said his members were surprised that the House of Representatives lumped them together with other state agitators that did not meet the provisions of section 9 of the 1999 constitution.

Agbara said in 2008 councillors from the area, who endorsed the request for the creation of Aba state, were elected unlike those handpicked as members of the local government transition committee now in place in the state.

Former attorney-general and commissioner for justice in Abia State, Chief Theo Nkire, said the request for the creation of Aba State was endorsed by elected local government officials as at the time it was presented to the National Assembly. He also frowned at the Reps' recommendation that only registered voters can participate in a referendum on state creation.

Dr Dozie Ikedife, a former president-general of Ohanaeze Ndigbo, the apex Igbo socio-cultural organisation, described the position of the lower house as unreasonable. He said the Reps had simply demonstrated its 'lack of political will to approve the creation of additional state in the south-east'.

The people of Ibadan have described the recommendations of the House of Representatives as unfortunate. They argued that if the committee had been responsible to the people who elected them into office, they would have considered the proposals submitted.

According to them, the argument was an after-thought as they have made up their mind not to create more states whether the proposals meet the constitutional requirements or not.

The chairman of the Ibadan State Creation Committee, Chief Bayo Oyero, argued that the Reps' committee cannot say because one or two proposals did not meet the requirements, all the requests should be discarded.

He explained that Ibadan State Creation Committee had in line with the Section 8(1) of the 1999 Constitution met the requirements, adding that it was an after-thought by the lawmakers that all the 35 requests did not meet the requirements.

Another member of the Ibadan State Creation Committee, Chief Adegboyega Arulogun, said the present constitution was too cumbersome, as it does not provide for the creation of states.

The president and convener of the Nigeria Voters' Assembly, Comrade Moshood Erubami, said that the lower house was only deceiving the agitators for more states.

He explained that the House committee ought to have written to the communities concerned on the requirements for the exercise rather than telling them they have not met the provisions.

Defending the recommendation that only elected council officials should participate in state creation, however, Alhaji Lasun Sanusi (SAN) said that there was sense in it.

He noted that as representatives of the people saddled with the creation of additional states, the caretaker committees in some local government areas would not be eligible to participate in the process.

There has been a strident demand for the creation of Orimili state from the present Anambra State. A community leader and one of the promoters, Nwolu Adiamma, described the decision of the House of Representatives as 'most unfair' to the south-east geopolitical zone.

'The south-east needs to have equilibrium of power with the rest of the geopolitical zones in the country in terms of the number of states,' he said.

He said the areas comprising the proposed Orimili state are more viable than some of the existing states, claiming that crude oil is at present being exploited in Aguleri in Anambra East local government area, which falls within the proposed state.

The chairman, Anambra State House of Assembly Committee on Judiciary and Justice, Hon Chigbo Enwezor, stated that the House of Representatives simply needed to apply Section 8 of the 1999 Constitution (as amended) in considering whether or not the proposed states meet the criteria. He described the position of the house as 'strange'.

The proponents who trooped out in their thousands to give voice to the creation of the state carried placards with inscription: 'Give us Equity State'; 'Our political leaders are asking for Adada State for selfish interest'; 'We are better placed and accommodated in Equity State'; 'Please allow us to go to where we originally belong to'; 'We are not Ebonyi people', and 'We want to go to Equity State.'

One of the agitators for Equity State, Mr Ifeanyi Okorie, said that the people of Uburu, Okoposi, Ugwulangwu, Onicha, Isu and Oshiri and the other three local government areas of  Ebonyi South  Senatorial zone demand the immediate creation of Equity state.

But a legal practitioner, John Onwe, has said that the House of Representatives' decision would encourage popular participation in the quest for the creation of states, adding that those seeking more states must ensure that the provisions of the constitution are met.

The Enugu State chairman, Nigeria Bar Association (NBA),  Harold Eya, said it was unfortunate that after all the resources spent to get the views of the people on state creation, the  House of Representatives decided to jettison the process. He described the position of the House as anti-democratic and anti-people.

The public relations officer, Enugu State House of Assembly, Ifeanyi Ugwuanyi, said the position of the House of Representatives was not good for the people of Enugu State.  He urged the House to revisit the issue, saying that the demand for Adada state, had received the support of almost everybody in Enugu State.

In the Imo State capital, the demand for the creation of two or more states from the present Imo State has refused to die. The people of Oguta and Orlu zones have strenuously demanded the creation of Orashi and Njaba states.

Dr Vitalis Ajumbe, who was until last week the state chairman of the All Nigeria Peoples Party (ANPP), said the action of the lawmakers is constitutional. He declared that Imo State is not big enough to be split into two in the name of state creation; rather it could merge with other south-east states to get another state.

The proposed Orashi state would consist of Oguta and parts of Rivers State while Njaba state is to be created from the present Orlu zone. The five states of the south-east are expected to each surrender two local government areas to form the proposed Etiti state.

Chief Bon Nwakanma (SAN) said that the House was right in its decision that only elected local government officials can participate in the process of states' creation.  According to him, the legislature should not recognise the officials appointed by the state governors. He described as worrisome a situation where council elections have not been conducted in some states for many years.

A legal luminary and elder statesman, Senator Cyrus Nunieh, decried the decision of the House of Representatives to rely on Section 8 of the 1999 Constitution (amended), which allows that only elected local government officials could participate in the process for the creation of states.

Nunieh, an arrow-head for the clamour for the creation of Bori State, told LEADERSHIP Sunday that most of the elected local government officials, who are permitted by the constitution to participate in the process of state creation, do not know much beyond their areas.

Mr Bari-ara Kpalap of the Movement for the Survival of Ogoni People (MOSOP) said the decision of the House to reject all the requests for new states does not mean that additional ones would not be created.

Kalap, who is also the deputy convener of the Ogoni Civil Society Platform (OSCP), said: 'The reaction of the House of Representatives relating to state creation has already been made public. They are saying that none of the requests met established criteria; they are not saying state creation will not be done. They are saying that their position was necessitated by the fact that the applicants did not meet the requirements.'

He stated that Ogoni land has one of the highest numbers of registered voters in Rivers State who would surely vote in a referendum for the creation of Bori state.

In Delta State, the speaker of the House of Assembly, Hon Victor Ochei, has expressed displeasure on the position of the federal lawmakers. He said it was wrong to restrict state creation to local government officials and referendum to only registered voters.

He noted that the need for Anioma state could not be over-emphasised, adding that the people of Delta State would support its split because it is long overdue.

The state commissioner for justice and attorney-general, Mr Charles Ajuyah (SAN), described the process as a 'ruse', adding that such measures to determine state creation might portend political crisis, especially among stakeholders who might see it as a ploy to scheme them out of the Nigerian state.