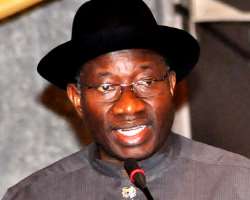 The drumbeats of the 2015 presidential elections are very clear and even deafening on the side of the amalgamated but yet unregistered opposition party. However the People Democratic Party is threading, cautiously as a result of the Presidents ban on Political Campaigns for 2015. President Goodluck Jonathan has warned his ministers and officials to resign if they want to participate in the politics of 2015 and some have complied. This disciplined approach to governance is to ensure the administration’s focus is not derailed or dimmed by early politicking for 2015.

It is however pertinent to note that this is the first time a sitting President would restrict politicking to a specific period to allow the government-in-power to concentrate on governance without much distraction. In previous civilian regimes politics and campaigns for the next election take off immediately the government in-power is sworn in, especially when the incumbent president is contesting the next election. And this is the one of the disadvantages of the double tenure system as against the 6 years single tenure which President Goodluck Jonathan proposed in 2011. This fine proposal was killed by the National Assembly especially the Tambuwal-led House of Representatives which attacks with the ferocity of a starved lion any proposal or bill originating from the presidency.

The anti Jonathan plot is thickening by the day just as the Jonathan administration is scoring very high in areas of the economy, infrastructures, security, education and good governance.

But all the plots of the opposition will crumble like a pack of cards because it is the people who will elect their President not Tambuwal and definitely not the new messiah of south west politics. And of course not Prof Ango Abdullai, the new chairman of the Northern Elders Forum who just last week threatened that the North will not accept President Goodluck Jonathan as their President in 2015. I did not expect anything less from the Prof who has for long been sidelined in Northern Politics and only ascended into his political eldorado recently.

However it is frantically unfortunate that the learned professor has never commented on the critical lack of education or even total lack of education in Northern Nigeria. About a forthright ago the Director General of the Nigerian Teachers Institute (NTI), Kaduna, Dr. Aminu Ladan Sharehu shocked the nation when he said less than 20% of teachers in the North are qualified to teach. This means more than 80% of teachers in the North are themselves illiterates with mainly certificates in Islamic Studies. If this woeful educational imbalance is allowed to fester it will not be too far from now when the effect of such ignorance and illiteracy will manifest into anger and violence that will obliterate the Nation called Nigeria. Professor Ango Abdullai and his gang of professional politicians should bury their heads in shame and plan proactively to reverse this poignant and dangerous trend of ignorance which has reached a fatally critical level. After all Aristotle and Horace Mann said respectively “Educated men are as much superior to uneducated men as the living are to the dead” and that a “Human being is not in any proper sense a human being until he is educated”

The figures on education in the North are mind boggling. Before the boko haram insurgency 10 million school age children were already out of school in Northern Nigeria alone. With the recent wanton wastage of the lives of pupils/students in Yobe States and other boko haram states in the North, the withdrawal from school will almost double.

In 2010 Adamu Ciroma and his co-horts tried all the tricks in their political lexicon but President Goodluck Ebele Jonathan won in all the geopolitical zones including Katsina State which is the home state of his main opponent. In 2010, so many associations and fora sprang up to defeat GEJ but they all failed because of the pull and allure of President Goodluck Jonathan’s promises and candidacy. And today Nigeria is better for it as GEJ is on course in his efforts to bring Nigeria out of the woods. A critical look at the President’s transformation program showed that out of the 14 points program the president had already achieved reverberating success in 8 of them and on course in the remaining 6 points.

Let us take a brief look at the economy-Nigeria’s economy like all other economies of the world cannot escape the challenges and the woes of the global economic crises. Even the worlds 3 biggest economies, USA, China and Japan battle with their own difficult peculiarities. Even China which plans to topple American monopoly of the numero Uno Spot in 2023 has its own peculiar problems. In its figures for the 2nd quarter, China recorded just over 7% growth which is less than the experts projection.

Inspite of these challenges Nigeria has fared very well under President Goodluck Jonathan: Our GDP has recorded encouraging growth and this has stabilized our exchange rate at between N150 to N160 per dollar for a long period of time. In May 2011 our inflation rate was 12.4 percent but today it is about 9.1%. The domino effect of this on the economy is inestimable.

The Goodluck Ebele Jonathan administration is assiduously working to earn international trust and confidence and this has made Nigeria the highest foreign investment destination in Africa with a whooping $7BN Foreign Direct Investment. Many foreign investors have openly praised the Goodluck Ebele Jonathan administration due to his transparence and absence of covert and personal pre-agreement conditionalities and kickbacks as in some previous regimes.

The administration has added more kudos to its strings of achievements in the area of agriculture by blocking some loopholes in the procurement and distribution of fertilizers. Gone are the days when top officials of government and fertilizer distribution parastatals became billionaires overnight without any query from former conniving presidents.. we now have a fairly diversified economy with our non-oil sector increasing export from 9% in 2008 to 31% in 2012.

In 2008 our total oil export was 91% of total export making it a mono-commodity economy but today total oil export is now 69% of total export while non-oil export is for the 1st time since the 1970s hitting 31%. The administrations stride in food production like cassava, wheat and rice has been phenomenal. The Goodluck Ebele Jonathan administration has moved the nation just one step to food self-sufficiency and this has moved the people out of poverty.

For the past 30 years our railway system has been between comatose and DEAD but because of his love for this naturally blessed and endowed nation, Goodluck Ebele Jonathan performed the rail miracle. In December 2012 he flagged off and reinstated the Lagos/Kano rail link in the western rail corridor and in May 2013 he commissioned the Abuja/Kaduna rail link. Also intracity rail services are now fully operational in Lagos, Kano and Kaduna.

The impact of the re-invigoration of the rail system on the economy his another plus for the Goodluck Jonathan administration. Food prices will reduce and Nigerians now travel more comfortably and cheaper too. The rail system will also convey those heavy equipment like machinery, steel, cements etc. whose transportation has had a negative effect on our roads.

In the road sector government has made Nigerians very proud with the refurbishment of the Lagos-Ore-Benin Road, Kano-Maiduguri Road, Abuja-Kaduna-Kano Road. Even most of the eastern roads which were hitherto gullies of death traps are now pleasurably motorable. The much publicized East-West trans state road linking the West to the East is also progressing as planned.

For his love for Nigerians, President Goodluck Jonathan wants the best for Nigerians, and he is right on track. Let us also remember that the President is one of us. He does not have the traditional power base of Nigeria’s power brokers. His father was a local community leader and a canoe builder. When choosing his minister he did not go begging to Nigeria’s politically established families to release one of their sons or daughters for ministerial or ambassadorial appointments to maintain the status quo.

This president has been focused ab-initio but with great challenges from Aminu Tambuwal and his opposition team.

Petrol queues have vanished. The usually quarterly deregulation tango is now a thing of the past.

Electricity even with its external sabotage by loyalist of past presidents has improved tremendously. And the President is not losing focus as electricity will be one of his greatest legacies.

Most Nigerians are highly impressed by the President’s handling of the boko haram issue. A few critics have lambasted the President for handling the boko haram issue with kid gloves instead of using the bulldozer approach which leveled Odi in Nov. 20, 1999. But even the most powerful military leader will find it almost impossible to bulldoze Yobe, Borno, Adamawa and Kano states to flush out boko haram.

Is it not however encouraging to note that inspite of boko haram and our security challenges, Nigeria is still the preferred destination of foreign investors with a foreign direct investment of $7BN in 2012.

Despite this new spring of life in Nigerians, why does the North and the opposition rage against President Goodluck Jonathan.

Northern Nigeria has its own special programme for Nigeria-to permanently govern Nigeria while southern Nigeria plays the underdog permanently. Chief Obafemi Awolowo almost single-handedly fought against this obnoxious monopoly of power but he did not get the support of the then Eastern States which played the beautiful bride even as late as 1979. But today the situation has reversed itself. While the Old Eastern States are fighting for equity in governance the now “nouveau riche” leaders in the south west are fighting to become permanent political underdogs as the new leaders in the southwest have jettisoned the imperishable Awolowo Legacy.

The North has never hidden its disdain for the right of southerners to govern this country since amalgamation in 1914 and self-government rule in 1957 when Sir Abubakar Tafawa Balewa became Nigeria’s first Prime Minister-ala the incredibly fictional census conducted by the colonial masters. From 1957, the North ruled Nigeria till 1999 apart from Gen. Obasanjo’s 3 years military rule. The North after ruling for 38 years now felt very sorry for the south and openly ceded power to the South West due to Gen. Obasanjo’s support for President Shehu Shagari in the 1983 122/3 saga that finally nailed Chief Obafemi Awolowo’s ambition to make Nigeria a nation to be reckoned with in the comity of advanced nations. And so the North has ruled Nigeria for 41 years while the south in 2013 has ruled for 15 years from 1957.

Boko haram was rehabilitated and refurbished by northern leaders to intimidate, embarrass and scare President Goodluck Jonathan from governing Nigeria because he is a minority President. The North should think of ways of educating its citizenry and support Goodluck Ebele Jonathan’s educational programme for the Almajiri’s. The North will still vote Goodluck Ebele Jonathan into power inspite of the Ango Abdullais and the now sidelined Adamu Ciromas.

President Goodluck Jonathan may not be a strong, military, bulldozing president but nothing will deprive him of his constitutional right to contest the 2015 presidential election.

Goodluck Ebele Jonathan may be humble and humanitarian in nature but he is genetically engineered by that never-yielding Izon gene that makes him stand where others buckle, fight when there is need to, display the universally acknowledged Izon generosity when the need arises.

As an Izon, he was brought up in a stormy and sometimes violent oceanic environment and he survived it all. President Goodluck Ebele Jonathan’s story until this moment is a story of survival amidst insurmountable odds.

President Goodluck Ebele Jonathan will run for the Presidency in 2015 and there will be no “shaking” about this by the special grace of GOD.