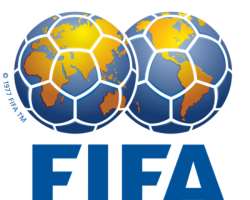 The Cameroonian mission was composed of Minister of Territorial Administration and Decentralisation René Sadi, Minister of Sports and Physical Education Adoum Garoua, and the ambassador to Switzerland Léonard Henri Bindzi.

The cordial talks focused on football development in Cameroon and the current suspension of the Cameroonian Football Federation (FECAFOOT) imposed by FIFA on account of government interference.

The Cameroonian representatives expressed the full cooperation of their government to solve the problems that prompted the suspension of FECAFOOT.

FIFA and CAF are currently in the process of identifying and nominating the members of the normalisation committee, which will be tasked with the revision of the FECAFOOT statutes and to organise elections of new office bearers by 31 March 2014. The normalisation committee will act as an electoral body, whose decisions will be final and binding. Its members will not be eligible for any of the open positions.