FG again pleads with ASUU to call off strike 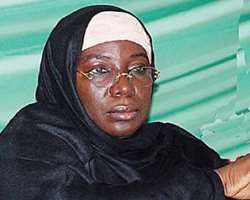 
The Federal Government has again pleaded with the Academic Staff Union of Universities (ASUU) to call off its strike and return to the classes.

The Minister of Education, Prof. Ruqayyatu Rufa’i, made the call on Tuesday in an interview with newsmen after a Workshop on World Bank Initiated Africa Centres of Excellence (ACE) Project in Abuja.

“We are still pleading with them, let them do all they can to make our students return to classes.

“We are talking, and we will continue to talk. We are also meeting with all stakeholders to resolve the crisis, and we are confident that very soon, the strike will be called off,” Rufa’i said.

Besides, the minister said, government was making concerted efforts to restructure the university system, which was the main demand by ASUU.

Earlier speaking at the workshop, the minister said that the ACE project was a higher education project seeking to promote regional specialisation among participating universities within the Science, Technology and Mathematics (STEM) areas.

According to her, it addresses particular common regional development challenges and strengthens the capacities of those universities to deliver high quality training and applied research.

“You are here today to be updated on the ACE project and also to be guided on the procedures involved in the selection process and discuss focal areas for proposal submission.

`You are also to discuss the criteria for participation and other necessary information that will help equip your institutions to be successful in the competitive process,” the minister told participants.

She said that the workshop had come at a good time, when the Federal Government was on the verge of commissioning the Nigerian Research and Education Network (NgREN).

Rufa’i said the Federal Government and other stakeholders had invested a lot of energy and resources into the Network towards addressing some of the IT challenges of the Nigeria University System (NUS) in the areas of learning, teaching and research.

“So, with the resources at the disposal of the NUS, at this time, I challenge you to come up with good proposals that would ensure that you emerge as Centres of Excellence in Africa,” she charged participants.

Also addressing newsmen, the Executive Secretary(ES) of the National Universities Commission (NUC), Prof. Julius Okojie, called on ASUU to look inward and fashion out ways of improving the structure of the university system.

“In the last three years, the Federal Government has provided every university with N3 billion annually to revamp the university structure.

“Let them mop up what they have because we may in fact have excess facility in the university system,” Okojie said.

According to him, all that government is insisting on is for the universities to have credible staff and student audit to aid in the sector’s development planning.

The ES said government was also insisting that the universities gave account of the funds that were being pumped into the institutions as well show what kind of projects they planned to embark on before further release of funds.

He said the Federal Government should not be blamed entirely for the failures or lack of development of the university system.

“Unfortunately, they run the system, so how can they say the government has not done this or that? Let our people understand that we must make progress,” he stated.

Explaining the objective of the workshop, Okojie said it was to meet the demand for skills required to develop Africa.

He said it was also to contribute to the strengthening of the best African universities within science-based education.

“This is in line with one of the goals of the NUC, which is to match graduate output with the national manpower needs,” he said. (NAN)