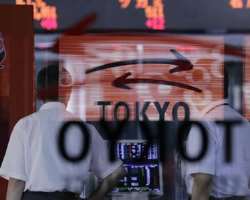 European markets traded in narrow ranges early on Tuesday as investors shied away from major moves ahead of inflation and German confidence data and awaited further clues on U.S. monetary stimulus.

Markets readied for UK and euro zone inflation figures at 0830 and 0900 GMT and what is expected to be a third straight improvement in the ZEW German sentiment indicator at 0900 GMT.

Federal Reserve Chairman Ben Bernanke's twice-yearly monetary policy report to Congress on Wednesday and Thursday was set to offer more clues on the U.S. central bank's policy as it looks to wind down its stimulus program. "The recent mixed data shows how difficult it is for the Fed, and also consequently for the markets, to read when the first tapering will be." said Rabobank economist Philip Marey.

"If he (Bernanke) seems more or less satisfied with how things are going then that would be taken as an indication that we are going to see something in September."

Further south, the Australian dollar surged half a U.S. cent after minutes from this month's Reserve Bank of Australia meeting gave little hint of a near-term rate cut.

Commodity markets were mixed after Chinese data on Monday.