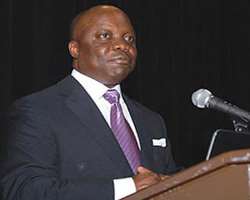 Two sources, familiar with the development, said the governor also plans to prune down and merge portfolios after the dissolution, in order to make them more effective in the last phase of his administration.

Many serving Commissioners and Advisers to the governor would be dropped as part of the restructuring and reorganisation, one of the sources, a close ally of the governor, who opted to remain anonymous told THEWILL.

One senior government official in the state however said Uduaghan would likely drop many Commissioners instead of sacking the entire cabinet.

Uduaghan, on July 5, effected a minor cabinet change with the unexpected sack of his Commissioner for Finance, Mr. Bernard Okumagba, without any explanation.

A statement signed by the Secretary to the State Government (SSG), Ovuozourie Macaulay, named Mr. Ken Okpara, the immediate past Commissioner for Economic Planning as Okumagba’s replacement.

“It is hereby announced for the information of the public, particularly Deltans, that Dr. Emmanuel Uduaghan, has effected a minor cabinet reshuffle in the State Executive Council.

“Accordingly, Okpara, Commissioner for Economic Planning, has been reassigned to the Ministry of Finance to replace Mr. Bernard Okumagba, who has been dropped from the State Executive Council.

“Also, the Commissioner for Special Duties in charge of the State Liaison Office, Abuja, Okolugbo, has been directed to return to Asaba for reassignment while the state Head of Service is to post a director to head the office forthwith,” the government statement said.

Delta currently has about 32 serving Commissioners and dozens of advisers to the governor.