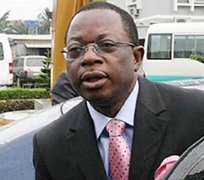 The court held that the application brought by Akingbola in a case of N47billion fraud involving him and Bayo Dada of Tropics Finance Limited, lacked merit and was an abuse of court process.

The court also held that the Economic and Financial Crimes Commission, EFCC, that instituted the case against the two former bankers, had succeeded in establishing a prima facie case against Akingbola.

According to Justice Onigbanjo, the issues in the prayer by Akingbola had been dealt with at the Court of Appeal in Akingbola VS FRN (2012) 9 Nigeria Weekly Law Report in which the upper court held that the defendant had a case to answer. Onigbanjo said that the court cannot set aside the decision because it had not been appealed against by the defendant. He said that Akingbola had a constitutional right to appeal but since an appeal was not instituted, the decision earlier made by the Court of Appeal on that application stands.

Akingbola also claimed in his application that the EFCC did not have a locus standi to institute a criminal case against him before the Lagos State High Court without a fiat from the Attorney General of Lagos State. The court however held that the EFCC, being an agency of government charged with the responsibility of fighting all forms of fraud related to economic and financial crimes, have powers to institute a criminal case against any person. Justice Onigbanjo said that based on the same decision by the Court of Appeal, the EFCC had rightly instituted the case under the state law.

The court also vacated the initial dates of July 15th to 18th, 2013 slated for trial and picked a new date of September 19, 2013 for the mentioning of the case before trial dates will be decided.

Akingbola and Dada are standing trial over an alleged involvement in a case of N47 Billion fraud during his tenure as the Chief Executive Officer of the Intercontinental Bank Plc, now Access Bank. The two defendants had on July 4 and 9, 2013 submitted separate applications before the court seeking to quash all the information contained in the charges against them. The same application was rejected by Justice Habeeb Abiru before his elevation to the Court of Appeal.