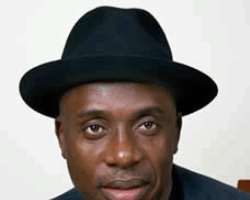 The Rivers State chapter of the Peoples Democratic Party says Hon Michael Chinda, of the State House of Assembly who was unsuspectingly attacked and bullied by the former House Leader, Chidi Lloyd and the personal security aides of Governor Chibuike Amaechi is yet to regain consciousness.

A statement issued and signed by the Special Adviser on Media to the State Chairman of the Party, Jerry Needam said the party is alarmed by the degree of injuries inflicted on Hon Michael Chinda by Chidi Lloyd and his cohorts under the direct supervision of Gov Rotimi Amaechi.

Jerry Needam regrets that a person of Mr Chidi Lloyd's status could easily trip off and exhibit such animalistic tendencies even against his fellow lawmakers under the pretext of proving his loyalty to Governor Amaechi.

The Statement described Mr Lloyd's action as one too many, saying the party and Rivers people will no longer fold their hands to watch this rain of terror on the entire State by a few whose inordinate ambition to hold on to power has frenzied them to go berserk.

The chairman's Special Adviser on Media, Jerry Needam also accused Gov Amaechi of scripting the play acted out by Chidi Lloyd, arguing that in nowhere is the governor expected to appear physically before the State Assembly when presenting a supplementary budget as Amaechi made the public to believe.

It's therefore not doubtful that Gov Amaechi was physically present at the House of Assembly to supervise and give impetus to his so called loyal lawmakers and thugs bully and unleash mayhem on those legislators perceived as opposed to his administration, Jerry Needam alleged.

'This is one exhibition that must not be swept under the carpet lest it becomes a tradition which consequences in future we cannot imagine', Jerry Needam noted.

The party according to Jerry Needam plans to transfer the lawmaker for better treatment.