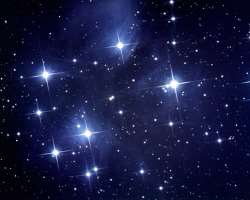 3. Pray that the Stars in the Constellation of Cancer will proclaim the message of protection for God’s Covenant people “And in the eleventh year of Zedekiah, in the fourth month, the ninth day of the month, the city was broken up… Now Nebuchadnezzar king of Babylon gave charge concerning Jeremiah to Nebuzaradan the captain of the guard, saying, Take him, and look well to him, and do him no harm: but do unto him even as he shall say unto thee” (Jeremiah 39:2, 11-12). 4. Enforce the specific purpose for engaging in the fast of the Fourth Month: “And the word of the LORD of hosts came unto me, saying, Thus saith the LORD of hosts; The fast of the fourth month… shall be to the house of Judah joy and gladness, and cheerful feasts; therefore love the truth and peace. Thus saith the LORD of hosts; It shall yet come to pass, that there shall come people, and the inhabitants of many cities: And the inhabitants of one city shall go to another, saying. Let us go speedily to pray before the LORD, and to seek the LORD of hosts: I will go also. Yea many people and strong nations shall come to seek the LORD of hosts in Jerusalem, and to pray before the LORD. Thus saith the LORD of hosts; In those days it shall come to pass, that ten men shall take hold out of all languages of the nations, even shall take hold of the skirt of him that is a Jew, saying, We will go with you: for we have heard that God is with you” (Zechariah 8:18-23).

7. Declare God’s Judgment on Wicked Kings and Thrones that reject the supervision of God’s Throne: “And in the eleventh year Zedekiah, in the fourth month, the ninth day of the month, the city was broken up… Then the king of Babylon slew the sons of Zedekiah in Riblah before his eyes: also the king of Babylon slew all the nobles of Judah. Moreover he put out Zedekiah’s eyes, and bound him with chains, to carry him to Babylon. And the Chaldeans burned the king’s house, and the houses of the people, with fire, and brake down the walls of Jerusalem” (Jeremiah 39:2, 6-8). 8. Prophesy that the Stars in the Regiment of Cancer will Wage War against the Strange Children whose Right Hand is in the Hand of Falsehood: “Blessed be the LORD my strength, which teachesth my hands to war, and my fingers to fight… Bow thy heavens, O LORD, and come down: touch the mountains, and I they shall smoke. Cast forth lightning, and scatter them: shoot out thine arrows, and destroy them. Send thine hand from above; rid me, and deliver me out of great waters, from the hand of strange children; Whose mouth speaketh vanity, and their right hand is a right hand of falsehood” (Psalm 144:1, 5-8).

9. Proclaim the words of Psalm 91:1-7 as a Divine Oracle for the Preservation of God’s people even in the midst of trouble: “He that dwelleth in the secret place of the most High shall abide under the shadow of the Almighty. I will say of the LORD, He is my refuge and my fortress: my God; in him will I trust. Surely he shall deliver thee from the snare of the fowler, and from the noisome pestilence. He shall cover thee with his feathers, and under his wings shall thou trust: his truth shall be thy shield and buckler. Thou shalt not be afraid for the terror by night; nor for the arrow that flieth by day; Nor for the pestilence that walketh in darkness; nor for the destruction that wasteth at noonday. A thousand shall fall at thy side, and ten thousand at thy right hand; but it shall not come night thee” (Psalm 91: 1-7). 10. Command the Heavenly Bodies to receive instruction in line with the Season of Tammuz: “Then spake Joshua to the LORD in the when the LORD delivered up the Amorites before the children of Israel, and he said in the sight of Israel, Sun, stand thou still upon Gibeon; and thou, Moon, in the valley of Ajalon. And the sun stood still, and the moon stayed, until the people had avenged themselves upon their enemies. Is not this written in the book of Jasher? So the sun stood still in the midst of heaven, and hasted not to go down about a whole day. And there was no day like that before it or after it that the LORD hearkened unto the voice of a man: for the LORD fought for Israel” (Joshua 10:12-14).

11. Pray that the land of Israel will become a Sheep Pen for the Preservation and Protection of Jews and the Jewish State of Israel: “For I will restore health unto thee, and I will heal thee of thy wounds, saith the LORD; because they called thee an Outcast, saying, This Is Zion, whom no man seeketh after. Thus saith the LORD; Behold, I will bring again the captivity of Jacob’s tents, and have mercy on his dwelling places; and the city shall be builded upon her own heap, and the palace shall remain after the manner thereof. And out of them shall proceed thanksgiving and the voice of them that make merry; and I will multiply the, and they shall not be few; I will also glorify them, and they shall not be small. Their children also shall be as a foretime, and their congregation shall be established before me, and I will punish all that oppress them” (Jeremiah 30:17-20). 12. Ask God to send His Ministering Angels to release every Prophetic voice incarcerated like Jeremiah in the fourth month of Tammuz: “And in the eleventh year of Zedekiah, in the fourth month, the ninth day of the month, the city was broken up… Now Nebuchadnezzar king of Babylon gave charge concerning Jeremiah to Nebuzaradan the captain of the guard, saying. Take him, and look well to him, and do him no harm; but do unto him even as he shall say unto thee… Even they sent, and took Jeremiah out of the court of the prison, and committed him unto Gedaliah the son of Ahikam the son of Shaphan, that he should carry him hone; so he dwell among the people”(Jeremiah 39:2, 11-12, 14.)

13. Declare that the church and Israel will again experience the Glorious manifestations of supernatural deliverances in their seasons of Travail: “Peter therefore was kept in prison: but prayer was made without ceasing of the Church unto God for him. And when Herod would have brought him forth, the same night Peter was sleeping between two soldiers, bound with two chains: and the keepers before the door kept the prison. And, behold, the angel of the Lord came upon him, and a light shined in the prison: and he smote Peter on the side, and raised him up, saying. Arise up quickly. And his chains fell off from his hands. And the angel said unto him. Gird thyself, and bind on thy sandals. And so he did. And he saith unto him, Cast thy garment about thee, and follow me” (Acts 12: 5-8). One of the greatest needs in every season of tribulation is divine protection. The stars of Cancer are programmed to ensure that God’s people are protected and preserved in times of trouble. Their mandate is to declare the glory of the God that protects everything precious in His sight. Their ministry is to create a conducive atmosphere for the sheep to be preserved in every sheep pen even at the most critical or dangerous times and seasons.

The battles of Cancer in the fourth month of Tammuz and their implications for prayer and practical actions:

2. Events in the season of Tammuz – The Heavens were opened for the Prophet Ezekiel to see the visions of God, hear the Word of the Lord expressly and visualize the rainbow throne at God in heaven. Implications for prayer and practical action – Pray that the heavens will be opened to the sheepfold to receive the divine patterns and models of Heaven for setting God’s agenda on earth. (Resource: Dr. Steve Ogan: Mobilizing the Stars to fight your battles and the battle of Nations).