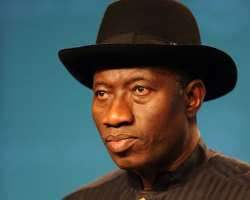 SAN FRANCISCO, July 10, (THEWILL) – The Senior Special Assistant to the President on Public Affairs, Dr. Doyin Okupe, has condemned the reaction of the Action Congress of Nigeria (ACN) to the crisis at the Rivers State House of Assembly as contained in a statement issued by the party’s publicity Secretary, Alhaji Lai Mohammed, saying President Goodluck Jonathan had no hand in it.

The ACN had in a statement Wednesday called for the President’s impeachment following his perceived role in the political crisis.

The Action Congress of Nigeria heaped the blame for the ongoing crisis in Rivers State on President Jonathan and asked the National Assembly to immediately commence impeachment proceedings against him, for failing to live up to his oath of office to uphold the Constitution of the Federal Republic of Nigeria.

The party said by Jonathan’s abhorrence of the rule of law and majority rule, the latest indication of which is his unmistakable support for a group of renegade lawmakers who are fomenting trouble in Rivers State, the President has become a clear and present danger to the country’s democracy, and must be shown the way out in accordance with the Constitution.

“Under President Jonathan’s watch and with his tacit support, a few lawmakers dictated to majority of the members of the Ogun State House of Assembly, which was locked for a long time. Under President Jonathan’s watch, the Nigerian Governors’ Forum was sabotaged by his minions who declared a Governor with 16 votes a winner over the one who scored 19 votes, in an injurious blow to the concept of democracy.

“And under his watch, five lawmakers – out of 32 – have become the majority and, simply because they have the backing of the presidency, are now being given police protection to disrupt the proceedings of the House. As we write, Rivers state has been taken over by current and former militants who have been unleashed to destabilize the state and cause a breakdown of law and order, to pave the way for the imposition of a State of Emergency.

“This cannot and must be allowed to continue, hence our call on the National Assembly to move quickly to remove the source of the crisis. Since this is no longer an intra-party dispute and because of its potentials to set the country on fire, we also call on civil society groups, professional bodies and ordinary Nigerians to rise up and defend the rule of law and the supremacy of the Constitution over arbitrariness,” ACN said.

The party decried the anarchy that is now reigning in Rivers, simply because the five renegade lawmakers have the backing of the presidency, which has emboldened them to take extra-Constitutional measures to try to remove the majority-backed Speaker of the State House of Assembly.

“Taking a cue from the presidency, the State Commissioner of Police has turned himself into a politician and abandoned his constitutional role. Instead of providing security for the entire House to sit, he chose to back the renegades and their thugs to unleash mayhem on their colleagues. This is what you get when a leader dons the garb of a partisan instead of being a statesman.

“All sorts of minions simply follow suit,” it said.

The party said that in the aftermath of the crisis, the soldiers attached to the State House in Rivers have been withdrawn while there are real fears that the police security will also be withdrawn by a Commissioner of Police who, apparently, no longer takes orders from his boss.

“This is not the democracy that was watered with the blood of many Nigerians. This not what Nigerians bargained for after years of military rule. We should not and must not allow those who are now reaping where they did not sow to reverse the little progress that we have made,” ACN warned.

But Okupe, while speaking at a media briefing on Wednesday, described the ACN position as “another condemnable, extremist and fundamentally flawed position by the opposition party.”

According to Okupe, “in spite of what the ACN will want the Nigerian people to believe, President Goodluck Jonathan is absolutely unconnected and definitely not involved in the political crisis that seemed to have engulfed Rivers State in recent times.”

Okupe said, “The President is not, has not and will never engineer any act that can cause disaffection between Governor Rotimi Amaechi or any other Governor and the state legislature or any other institution of government.”

Lambasting the ACN National Publicity Secretary, Lai Mohammed, Okupe said, “despite repeated clarifications including the one recently made by ACN Governor Kayode Fayemi of Ekiti State absolving President Goodluck Jonathan from the NGF crisis, Alhaji Lai Muhammed, in his characteristic deafness to truth, continues to mischievously drag the exalted office of the President into controversies arising from the election of the Chairman of the Nigeria Governor’s Forum.”

He added that “The call by the Action Congress of Nigeria for the impeachment of Mr. President based on these frivolous, unsubstantiated allegations is the limit of tolerable nonsense and a clear descent into inglorious political rascality.”

According to Okupe, ”It is now increasingly obvious that the desperation of the ACN to bullishly acquire power by all means and at all cost, including mindless precipitation of anarchy, disaffection and break down of public order is the driving force behind their incessant, irresponsible and unpatriotic politics of hate and deceit and their high propensity to fan the embers of national discord, disunity and social disorder.”

Okupe’s condemnation came as the leadership of the Peoples Democratic Party (PDP) also condemned the ACN, saying the opposition party should not drag the name of President Jonathan into the Rivers Assembly crisis.

“The attention of the leadership of the Peoples Democratic Party (PDP) has been drawn to a statement issued by the opposition Action Congress of Nigeria (ACN) in which it attempted to drag the name of President Goodluck Jonathan into the recent developments in the Rivers State House of Assembly.

“This is malicious and indeed the height of political irresponsibility on the part of the opposition. It is highly appalling that the ACN in its usual homage to lies and distortion of facts will go to the extent of dragging the name of the President into the issue just to tarnish his image and bring him to public odium.

"President Goodluck Jonathan has continued to display commitment, candour and sincerity in handling national issues. It is therefore a sign of frustration, desperation and defeat for the opposition to call for the impeachment of the President on account of the issues in Rivers State,” the statement said.