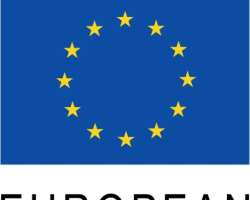 programme, which is funded by the European Union.

European Union under the 9th European Development Fund. The specific objective of

with minimum disruptions to public expenditure commitments, while enabling them

to implement economic reform programmes in the context of regional integration.

In 2012, Mauritius was among the nine COMESA member countries found eligible to

funding under the RISM programme, after a call for submissions by the COMESA.

The Ambassador, Alessandro Mariani, Head of the European Union delegation to

Mauritius expressed his satisfaction with this result: 'I am pleased that besides our

long standing support at bilateral level, the Government of the Republic of Mauritius

is receiving funds directly today from the regional programmes. I am confident that

there will be other such possibilities for Mauritius, which has always shown a very

Under the RISM programme, the disbursement to the nine Member States of the

COMESA for a total of EUR 9.75 million for 2012 was made possible following the

approval of their Regional Integration Implementation Programme and related

regional integration targets over the time horizon 2012 to 2014. Countries are

preparing their submissions for a second tranche.

For Mauritius, the funds will be disbursed directly into the budget of the Government

as untargeted financial assistance. This provides the Government with the maximum

flexibility in the use of these financial resources, based on the country's priorities.