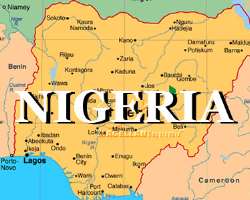 
By Prince Charles Dickson
Last week my office literally turned into a small battle-field, the issue was basically, on the proliferation of arms, the fact that something is inherently wrong, whether by default or not.

Somewhere in the battle, the term NÃ©gritude was used by my humble self to draw an analogy; ‘Negritude’ is a literary and ideological movement, developed by francophone black intellectuals, writers, and politicians in France in the 1930s. Its founders included the former Senegalese President LÃ©opold SÃ©dar Senghor, Martinican poet AimÃ© CÃ©saire, and the Guianan LÃ©on Damas. Negritude literally means Negro-ness. It takes pride in “blackness” and traditional African values and culture, black surrealism, power and revolution, mixed with an undercurrent of Marxist ideals.

Before we get lost my admonition this week, simply ask us, why are we this way–are we so docile, yet violent, why are we mute, and allow majors become minors…what is our pride in “Nigeria-ness” and traditional values and culture.

Two months and still counting, our Nigerian-ness has been only made visible by our continuous inaction to happenings around us. We are even more concerned Tahir square, Egypt and Morsi, while the Republic of Ombatse grows with impunity.

Northern governors I gathered have donated N100million to families of policemen killed. I have read the inside story of the militia group, we have been told they have been banned. The Nassarawa Governor has as usual inaugurated a Commission of Inquiry, despite his ‘alleged’ complicity. PDP has denied involvement, not that they have ever accepted any charge before.

Weeks back police claimed to have arrested ‘notorious’ ombatse’ member.

To cap it, the DSS boss says the group has been forgiven, while its chief priest says he has not been invited by anyone. Less I forget to add, the stories of how the officers/men of security agencies were killed by ‘gods’ and ‘ghosts’. The ‘god’ of ‘ombatse’ is one of our many Nigeria-tude.

In our republic, Governor of Bayelsa State, Seriake Dickson stated over the week while with one of the naval chiefs “militants where vandalizing oil pipelines, stealing crude oil for the purpose of procuring arms, and recruiting new members.

He described oil theft as “a threat to national security, also decried the proliferation of arms in the region, saying oil theft could be linked to the procurement of such arms”.

…'It is from there they have easy funds to recruit followers; it is from these activities of crude oil theft and illegal refining that people are able to sustain such large numbers of youths and put them into various cult groups. What is going on has a direct effect on the proliferation of small and light weapons because they need an army of youths to protect their territories, to be able to withstand the onslaught of legitimate security personnel.'

Gunmen attacked Government Secondary School, Mamudo in Yobe, 42 students were killed, and then the Zamfara episode where some 60 were butchered or the scores at the Langtang, Plateau axis. The Mubi Killings, the recent massacre of traders from Oyo at the Borno axis, the corpse found in that River in the East, and skulls discovered only last week in Aba, all soon become forgotten stories. In our Nigeria-tude we move ahead and along.

Apart from the 24hour outrage and in local parlance we do the ‘Eyaaah’ and say may their souls rest in peace.

Zamfara is talking, and this is the talk–providing arms for the state's vigilante groups. The state said there was no going back, that the arms have already been purchased and is currently at the state police headquarters.

“Special Adviser to the governor on media and information technology, Alhaji Sani Abdullahi Tsafe, said that 'the issue is with the police and the state government will not say anything again until the process of acquiring the permit is accomplished'.

A source in Zamfara says once permit is given 'distribution to some ‘trusted’ members of the vigilance groups across the state' will take place.

“…other states were doing it secretly. This has been the practice in some parts of this country, particularly when one looks at the situation in the Niger Delta. Who arms the militants in that area who are also civilians?'

Some states legislatures are currently deliberating on the issue with a view to making a law backing similar projects. The Nigeria ‘Grooving’ Governors' Forum (NGF) is currently working on how to come up with a common decision on the issue…interesting they are at least 'working' on 'something'.

The Senate discussed the matter via a motion and rejected it, urging President Goodluck Jonathan to stop Zamfara state saying doing so could jeopardize the security situation in the state.

Senate argued that the move could provide access to arms by groups that are neither trained nor authorized to bear arms. But isn’t it the case in the republic…

Senator Kabiru Garba Marafa (ANPP, Zamfara), said that he has spoken with Governor Yari who told him that he did not purchase arms for the vigilante.
Who is lying?

Senator Magnus Abe (PDP, Rivers), said it would be wrong for the Senate to condemn the action based on mere newspaper publication. How did it get to the newspapers?

Senator Mohammed Ali Ndume (PDP, Borno), said there was nothing wrong for Nigerians to own guns so long as they obtain it legally. Is he the same Ndume, very innocent until proven otherwise, I agree with him.

Deputy Senate president, Ike Ekweremadu, said the security situation in Zamfara state as 'very worrisome' as he alleged that bandits were taking advantage of the weakness of the security agencies to perpetrate evil. The republic is sadly growing…

Senator Sha'aba Lafiagi, the Vice-Chairman of the Committee on Intelligence and National Security, noted that Yari had purchased the arms before seeking the Inspector General of Police's permission. Who do we believe, in Nigeria-tude, it's simply a case of, your faith, ethnicity, political camp, the rest is inconsequential.

He said, 'The truth is that the governor has acquired the arms and ammunition; he now approached the IG to grant him permission. Why is it so easy for anybody to acquire arms without hindrance? We have to do all we can to put a stop to illegal acquisition of arms.'

Senator Ali Ndume said that “armed criminals easily assailed Nigerians because they did not have guns. One wonders, what argument, but again speaks volumes about democracy and free speech, a pot pourri of ‘magana banza’, ‘otito oro’ and ‘akuko onye ara’. He added that, “with arms, curtailing the activities of criminals can be easier”.

His comment also that some senators had guns had to be withdrawn, after the Deputy Senate President, Ike Ekweremadu, noted that the allegation was sweeping and unfounded. Withdrawn or not, it had already been made, that is the Nigeria-tude, what makes the republic of ombatse.

The issue of state police was touched, but I will take Senator Victor Lar’s comments “…all these are as a result of the frustration in the polity as many governors were wishing to have state police, noting that they were more concerned about regime security and not national security.

'We should resist the temptation of arming local militias in the face of the insecurity problems…” He concluded.

These men represent Nigerians whether we elected them, or they selected themselves, this one topic shows us how divided we are, it paints the picture that is in front of us. Reading in between the lines tells it all.

Nigerians are dying, others are arming, preparing–while we discuss, Rotimi Amaechi and his palm wine quarrels with NGF, Mrs. Jonathan and his family the PDP. The local shenanigans called APC or opposition are crying over everything from their name and doing nothing, than a dangerous building a conglomeration of ex-this and that.

Whether the arms are being bought secretly or openly, they are being bought anyway, sadly even Senators are not left out in the ‘buying thing’. The fact is if the snake doesn’t show its character, its snake-ness, it will be used as a waist belt by a child. We are simply in a Republic of Ombatse…where it leads us to–only time will tell.