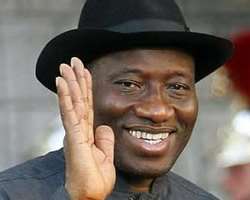 
The Governors of South- South and South East Zones have reiterated their support for President Goodluck Jonathan's transformation agenda in developing every facets of the nation's economy.

The Governors who re-affirmed their support over the weekend after forum's meeting in Enugu said they were impressed with President Jonathan's developmental efforts in every sector of the economy.

The Governor of Anambra State and Chairman of the South-East Governors' forum, Mr. Peter Obi flanked by other  South-South and South East Governors including Dr. Emmanuel Uduaghan of Delta State briefed journalists on the outcome of the meeting. He expressed the Governors satisfaction with the level of development going on in the country  and called for support for the President's transformational agenda to ensure that development gets to every parts of the country .

His words  'The governor's of the South- South and South East have decided  to give Mr. President all the support he needs, this is because his transformation agenda is being felt in every area of the country. We are impressed with all his effort especially as the President's mid-term report shows that the economy is moving in the right direction.'

The governor's appealed to Nigerians to support the federal government in ensuring that the vision of President Goodluck Jonathan's administration for the country was achieved for the benefit of all.

Governor Obi stated that the Governors have resolved to strengthen economic integration and infrastructural development in their respective states adding that the Governors of Akwa-lbom and Abia States would rehabilitate the lkot-Ekpene-Aba road to improve commerce in their states.

He observed that the Governors also discussed the issue of oil theft and how to curb it in order to maintain ethnic unity in the country.

Emphasizing further, he said 'We also discussed on this issue of oil theft in the country and how to stop it, because it is a serious challenge we are facing in this region and we need to do all we can to stop it for ethnic harmony to prevail.'