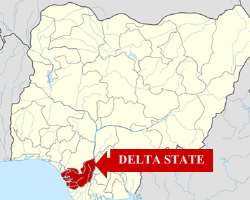 According to a statement issued on Thursday by the Secretary to the State Government, Comrade Ovuozourie Macaulay, the Commissioner for Economic Planning, Mr. Ken Okpara, has been reassigned to the Ministry of Finance to replace Mr. Bernard Okumagba who has been dropped from the State Executive Council.

Also, the Commissioner for Special Duties in charge of the State Liaison Office, Abuja, Comrade Gloria Okolugbo, has been directed to return to Asaba for reassignment while the State Head of Service is to post a Director to head the office forthwith.

The statement said the Permanent Secretary in the Ministry of Economic Planning will now take charge of the running of the affairs in the Ministry until a new commissioner is appointed.