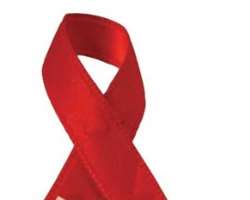 http://www.nigerianbestforum.com/blog/wp-content/uploads/2010/02/HIV-2.jpg The United States government has said that its commitment to support Nigeria's response to the HIV/AIDS pandemic remains sure and firm.

Ahead of the visit to the country by the United States Global AIDS Coordinator, Ambassador Eric Goosby, the US Embassy said in a statement that the US government would not relent in its support to Nigeria's efforts to contain and turn back the tide of the HIV/AIDS pandemic.

It noted that Ambassador Goosby's visit highlights the strategic partnership between the United States and Nigeria in the fight against HIV/AIDS.

Ambassador Goosby leads all U.S. Government international HIV/AIDS efforts. In this role, he oversees implementation of the U.S. President's Emergency Plan for AIDS Relief (PEPFAR), as well as U.S. Government engagement with the Global Fund to Fight AIDS, Tuberculosis and Malaria.

During his visit, which will run from February 21 -24, Ambassador Goosby will hold meetings with senior government leaders, legislators, implementing partners and civil society leaders and lay out his vision for PEPFAR and the next five years of the program and explore opportunities to strengthen US/Nigeria partnership regarding the HIV/AIDS programme so as to ensure a sustainable, long-term response.

PEPFAR's efforts during the first five years was instrumental in getting services out quickly to those in need as part of an emergency response.

As of September 2009, PEPFAR's significant contributions to Nigeria's HIV response had enabled more than 39 million people to be reached with community outreach programs promoting Abstinence, Being Faithful, Correct and Consistent Use of Condoms (ABC), and other related preventive strategies. Similarly, about 4.5 million people have been reached with HIV counseling and testing services.

To date the PEPFAR-funded initiatives had made it possible for more than 1.5 million pregnant women to receive health services for the prevention of mother-to-child transmission of HIV even as about 290,000 men, women and children are currently benefiting from anti-retroviral therapy.