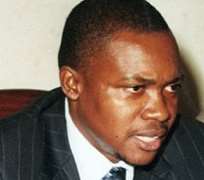 
Mr. Bobboi Bala Kaigama, the President of Association of Senior Civil Servants of Nigeria (ASCSN)was recently elected President ofÃ‚ theÃ‚ Trade Union Congress (TUC), at its 8th triennial delegates conference in Abuja. Many observers are of the view that, Bobboi has a huge challenge ahead of him-Ã‚ fillingÃ‚ the “big” shoes left by Comrade Peter Esele.

There is no doubt Bobboi has the capacity to build on Esele’s achievements as well as continue on the programmes and initiatives started by Esele. He was, afterall a vital player in Esele’s success story.

So, Bobboi has the advantage and also posseses the knowledge, exposure and the necessary network. His leadership of the Association of Senior Civil Servants of Nigeria (ASCSN) was a sterling one. Bobboi’s victory over Babatunde Oguns of the Petroleum and Natural Gas Senior Staff Association of Nigeria (PENGASSAN)Ã‚ can best be described as an endorsementÃ‚ ofÃ‚ Team-Esele tenure. It also shows  delegates desire for continuation of the policies and programmes initiated by Esele.

With people like Sunday Olusoji Salako, the President of Associations of Banks, Insurance and Financial Institutions (ASSBIFI), Mr. Augustin Etafo of PENGASSAN and Mr. Bede Opara of the Senior Staff of Electricity and Allied Corporation, Bobboi has a  strong and well experienced team that can make a difference.Ã‚ Though this writer,Ã‚ being a member of PENGASSAN, would have loved to see one of our own emerge President, the best candidate won.

The labour movement in Nigeria is in a time that most Nigerians have some degree of confidence in it. However, sustaining and building the confidence depends on the ability of its leadership toÃ‚ have a clear knowledge of where they want to take the unions. At this crucial timeÃ‚ that generalÃ‚ electionsin the country areÃ‚ approaching, Bobboi and his team must be honest in everything they do, both within the TUC and in dealing with other stakeholders.They should alsoÃ‚ hold firm toÃ‚ the main purposeÃ‚ of unionism- promotion of welfare of the commoners.

To be successful, the new TUC National Executive should remember their allegiance extends beyond the 2.5 million members and 24 affliates but also to the 150 million Nigerians who rely on them to champion and lead the fight against corruption which is responsible forÃ‚ theÃ‚ state of abject poverty most Nigerians live in. Nigerians expect Mr. Bobboi and his team to steer the TUC to a new paradigm. That is, apart from being the hotbed for activism for checking those in authority, the TUC should also be the vehicle for advising governments at all levels in the formulation and implementation of policies and programmes that help create a societal systemÃ‚ where crime is fought with employment and development opportunities rather than guns and a service structure where civil servants penchant for bribery is fought with meaningful wages.The TUC should as a matter of urgency work closely with other relevant sister organizations,  especially the press in instituting in Nigeria, the International Labour Organization (ILO) strategies of: formulation of policies and programmes to promote basic human rights, improve working and living conditions, and enhance employment opportunities; promotion of national labour standards and Training, education and research activities to help advance the quality of livingÃ‚ in the country.

The TUC is well-known for its strict monitoring and checks of those in power at the centre. However, it seems asleep in checking the excesses of politicians at the other tiers of government.State Governors have become emperors in their states. Bobboi should take advantage of his strong team and the long interaction he had with Esele, to break that tradition and spread the voice of the TUC in checking every state of the federation through it branches, its National Executive Council, National Administrative Council and the press. All said and done, he mustÃ‚ balance TUC’s relationship with government and members expectations, in addition to differentiating between politics and policy- avoid, unknowingly becoming a tool in the hands of politicians, either in government or in the oppositions. Above all, the new TUC leader must remember that he is now a custodian of Nigerian workers  hope in making our nascent democracy more participatory and  people-oriented.

At the launch of his campaign for the post of TUC President, Bobboi promisedÃ‚ to consolidate on the achievements of Esele and take the trade congress higher. Now he has won. TheÃ‚ over 2.5 million TUC members, 24 affiliates and the over 150 million Nigerians are watching. Mr. Bobboi, congratulations!