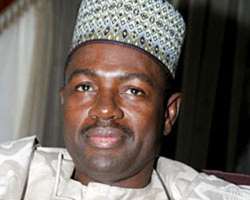 
The Minister of Information, Mr. LabaranMaku, revealedon Wednesday that some research institutes will be scrapped, while others will be placed under existing universities for improved efficiency as the Federal Executive Council concluded its three-week discussion on the draft White Paper on the report of the Stephen Oronsaye-led Presidential Committee on the Rationalisation and Restructuring of Federal Government Parastatals, Commissions and Agencies.

Maku said at the end of the meeting presided over by President Goodluck Jonathan that one of the areas where the changes expected may be more pronounced are the research institutes and centres under the Ministry of Science and Technology.

He added that a committee chaired by the Minister of National Planning, Dr. Shamsudeen Usman, was set up to take another look at a section of the Oronsaye report that had to do with research agencies spread across the country.

The idea, according to him, is to bring a report that will rationalise the agencies and ensure that they become more effective and result-driven.

Another committee headed by Usman was also asked to look at the planned commercialisation of the National Arts Theatre, Lagos.

Maku said the council dropped the initial idea of privatising the monument following public outcry, and resolved to develop associated infrastructure, using the private sector to make the place a tourism hub for Nigeria.

He said, 'From what we have done, it is very clear that major decisions will be taken in many of the key sectors to reduce the number of agencies, particularly those that are performing duplicating duties and whose functions overlap.

'For example, there are so many research agencies under the Ministry of Science and Technology, and when you look at some of the agencies, some of the functions they perform can, indeed, be coordinated by universities.

'Today, council believes that it is important that research must utilise our universities and also research must be linked to the private sector. So, we agreed the there is the need to rationalise some of the agencies and also see which of them can be better placed under existing universities to perform better.'

The minister said across sectors, FEC looked at various agencies and resolved that it was possible for some of them to come together to give greater synergy and result.

He added that a decision was taken regarding the commercialisation of some of the agencies and services performed by some of them.

'For example, we are of the opinion that some river basins across the country have been there since 1970s and looked at the collective results of their works, we found that there is a need if we are to use them to produce food for this country, to align our water policies, which are driven by the Ministry of Water Resources, with the new Agricultural Transformation Agenda.

'This means that there will be a room in the future for greater participation of the private sector in the utilisation of the various river basins to drive mechanised agriculture.

'We took a decision that we need to take another look at the way the river basins are running currently to ensure that there is private sector participation.