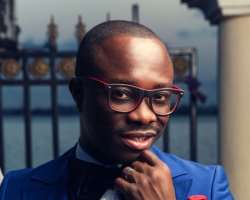 Star comedian, and Chief Executive Officer (CEO) Crack Ya Ribs, Julius Agwu has returned to acting. The Theater Arts graduate of University of Port Harcourt featured soon to be premiered film entitled, Torn. Mr. Agwu played a very prominent role while interpreting his character. Although the air has been cleared that the stand-up comedian is not ready to resign from comedy business yet, sources revealed that is set to come back fully into movie industry.

It could be recalled that Julius Agwu set out to practice what he studied at the university when he stepped into entertainment industry many years go. He headed straight to movie making business, where he featured in few films. Eventually, when the movie roles were not coming his way as expected he waved goodbye to film making. He actually delved into singing, and released singles of his genre tagged, music-comedy. Subsequently, the rib cracker moved into mainstream comedy and became one of the biggest comedians in the industry.

We learnt that while it appeared as if he left the movie industry for years, the comedian has return to his first love- acting. Other Nollywood stars involved in the movie include, Monalisa Chinda, Bimbo Manuel, Ireti Doyle, Joseph Benjamin and many others. Torn was produced by Nollywood's creative mind, Moses Iwang while the executive producer is Prince Okonkwo, the Chief Executive Officer (CEO), Tetrazzini fast food.

[PICTURES] There Was No Need For Kim Kardashian at Darey's Concert! None Whatsoever----Charles Novia

Wizkid Left Banky W's Event With His Girlfriend Without Talking To Any Of His Label Mates!