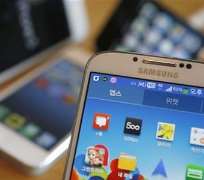 Samsung Electronics is in preliminary talks with the EU regulator to settle charges it abused its market position by barring arch rival Apple from using an essential mobile phone patent, two people familiar with the matter said on Tuesday.

Samsung and Apple, the world's top two smartphone makers by volume and sales, are locked in patent disputes in at least 10 countries as they vie to dominate the lucrative and fast-growing mobile market and win over customers with their latest gadgets.

The talks came after the European Commission, which acts as EU competition regulator, told Samsung in December that it was acting unfairly by seeking injunctions against Apple over use of the essential patents.

"Samsung has been involved in settlement discussions for several months now. Samsung wants to settle," said one of the sources, who declined to be identified because of the sensitivity of the matter.

The sources said it was still too early to say if the discussions would result in a settlement. That would mean no finding of wrongdoing for Samsung and no fine, which could otherwise reach as much as $17.3 billion if the South Korean firm is found to be in breach of EU laws.

The Commission's case against Samsung centers on essential patents for the European Union's 3G UMTS standard. The firm pledged to license its patents on fair terms to rivals when the standard was adopted in Europe.

Samsung came under regulatory fire last year when it began seeking injunctions in various EU countries in 2011 against Apple's use of these patents.