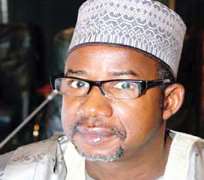 For long, Nigerian writers have bemoaned the lackluster approach to the all important issue of engaging in the serious field of research and writing of books by indigenous authors especially given the fact that well established globally reputable authors like the late Professor Chinua Achebe, late Professor Pius Okigbo and other aged writers like Professor Chukwuemeka Ike, Professor Wole Soyinka and Niyi Osundare- the Nigerian professor and academic based in South Africa, are all but aging fast and there is this fear that the tribe of good and beautiful quality writers to inherit the big shoes of these illustrious authors is virtually non-existent or few and far between.

With the possible exception of Professor Okey Ndibe, the US based Professor and Miss. Chimamanda Adichie and very few other vibrant youthful original thinkers and writers, Nigeria is seriously bereft of quality young writers that could effortlessly take over the mantle of global attention that the old generation authors have monopolized for over fifty years and still counting.

It was while some of us concerned writers were contemplating on how to up our game to see if we stand any chance in this world to take over the heavy intellectual seats that are progressively being vacated by Nigerian established writers and original thinkers that the controversy over a 'mystery' book on the activities of the Federal Capital Territory ministry under the incumbent minister and one time writer/journalist Mr. Bala Mohammed came up and the Publisher of a Kaduna based weekly tabloid Desert Herald was mentioned as the editor -in- chief of the emerging book that claims to have series of damaging allegations against the person of the FCT minister.

Ordinarily, if the fight was between a non-writer and a writer, it may be genuinely difficult for professional writers like us to be drawn into this needless controversy but because the characters involved in this latest controversy are all writers and because serious cases of alleged blackmail, extortion and attempt to frustrate the enjoyment of the freedom of information Act have all been made by the contending parties, I have decided to comment on this 'mystery' book with a view to finding possible avenue to resolve the riddle inherent in it.

Before proceeding with my intervention, it will be right to demand that the claims and counter claims of blackmail leveled against the Publisher of the would-be book and the publisher of the Kaduna based tabloid be probed since this heavy allegation was made by no other person but a man who has practiced journalism for nearly twenty five years and is now the Senior media aide to the FCT minister [Mr. Nosike Ogbuenyi]who himself [the FCT minister]also practiced the profession of journalism for years in his Bauchi home state before venturing into politics and emerging as a Senator of the Federal Republic of Nigeria before the President Dr. Good luck Jonathan found him worthy to be elevated to head the very sensitive ministry of the nation's capital.

Secondly, I want to comment that the claim by certain persons especially the Publisher of Desert Herald that the FCT minister was attempting to stop the publication of his 'mystery' book is a redherring because as an established author of two books one of which sold over twelve thousand copies, I need not be stopped by somebody from writing and publishing my work once I am sure the contents are balanced and objective and would not result in libel cases. Importantly, I am yet to see any genuine writer and researcher who is writing a book on sensitive matter that would raise damaging allegations against a serving cabinet member of any country that will not give the subject matter the benefit of the doubt by hearing from both sides of the divide before compiling his work. The minister is therefore right to seek for the enforcement of his fundamental human right from being libeled and the authors of the forthcoming book should embrace the legal challenge as a necessary elixir that would generate more intense interest in the book.

Seriously, as I was putting pen to paper, a respected writer Mr. Rogers Edor Ochela sent me his thought on how to resolve the conundrum surrounding the book on the FCT minister by the Desert Herald publisher and I have decided to run the major segments of his thought because of their originality and logic so lucidly presented.

He stated that judging from the gravity of the matter at hand, it is highly necessary that a few ‘’procedural‘’ wrinkles surrounding it be ironed out in order to bring the impasse to a peaceful conclusion.

The entire saga, according to him, started on April 14 2013 when the publisher ran a promo on the front page of his newspaper titled: WATCH OUT! FCT ADMINISRATION: THE ROT WITHIN. In that advertorial, he claimed to be writing a 284-page book detailing alleged rot in the FCTA and went ahead to solicit for contributions of negative reports from members of the public against the minister.

The publisher, according to the narrative by Mr. Ocholor, went ahead to allegedly send discreet text messages to those perceived to be enemies, opponents and political rivals of the minister, allegedly cajoling them to send damaging reports against the minister and his aides. Not only that, he equally sent bulk SMS to close aides of the minister and some top FCTA officials with a view to stampeding them into allegedly ‘settling’ him.

The minister, according to Mr. Ocholor, later encouraged his aides to play along with him, but with a firm instruction against paying the ransom. Subsequently, the publisher forwarded text messages to the SA Media to the Minister, Mr. Nosike Ogbuenyi on May 16th 2013 using his (the publisher’s) alleged telephone numbers, where he allegedly solicited for payment of N15million as a condition to stop the publication. He followed it up by forwarding the First Bank Kaduna account number 1000044292 of Desert Herald for the payment of the alleged bribe.

I think this allegation of blackmail is far reaching and must be conclusively investigated to determine the veracity or otherwise of it even as the other pending legal issues are addressed.