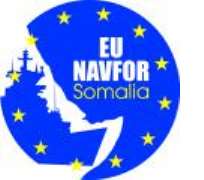 BRUSSELS, Kingdom of Belgium, June 24, 2013/African Press Organization (APO)/ -- Today, members of the Somali Federal Government flew on board the EU Naval Force Portuguese flagship, NRP Alvares Cabral, at sea off Mogadishu. They held talks with the EU Special Envoy to Somalia, the Operation Commander of the EU Naval Force Atalanta, and the Head of Mission for EUCAP NESTOR, to discuss how they can work together to help strengthen maritime security and economic development in Somalia.

This was the first meeting to be held at sea between EU representatives and Somali Government officials. After the talks, the Somali Ministers were given a tour of the warship and introduced to members of the ship's company.

“Today's meeting was an opportunity to demonstrate the EU's commitment to help Somalia become a more stable and secure nation, said the EU Special Envoy to Somalia, Michele Cervone d'Urso. We've highlighted the ways the EU can help Somali maritime forces to increase their capabilities to fight piracy and other illegal activities at sea, to reinforce maritime security but also to benefit from maritime resources. The security sector, as a whole, will also be part of the "New Deal Compact" that will be endorsed at "The New Deal for Somalia Conference" in Brussels in September."

EUCAP NESTOR is a civilian led European Union mission aimed at enhancing maritime capacities of countries off the Horn of Africa and the Western Indian Ocean.