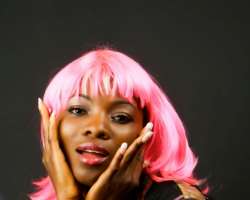 Port-Harcourt City Up coming music star, Nkiru Lilian Ojiudu a.k.a Lami-Li is currently working on her second album with lead track 'I go Survive' which she hopes to complete this summer. The folk tale, R&B and Hip-hop music diva reveals that the lead track will be in a limited release to radio stations and major DJ's this February. When asked about an international career, the Onitsha born music star said she's hopeful to progress an international career as she has performed occasionally in Europe and frequent here in Nigeria. Lami-li as fondly called on stage have been in the music industry since 7 years and recorded her first album ''You Can'' some 2 years ago. The video of the hit track "Ndidi” which she dedicated to her late mum and grand mum has been on air since 6 months and is making waves in Port Harcourt and surrounding states. The second video "Crazy Love" is already out and topping music video charts. About her personal life, before you ask, ''I am still engaged, but will be a Mrs. within a few months'' she replied with glee.