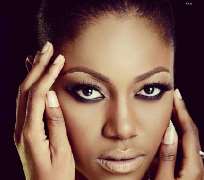 If there is anyone that is currently not in a good mood with friends, it's the Ghanaian actress, Yvonne Nelson whose recent tweets revealed that most of the dating stories written about her are syndicated by people she called friends.

It's definitely about her because she made like three tweets to rubbish such friends.

Wahala Dey ooo:Charles Taylor's Family Ejected From Calabar Mansion + No Aides, No cruising Of Luxury Cars, No partying, No Money To Spend Lavishly

Live photos from the on-going

From NFC Reader: Letter To My Igbo-Lady,( Afrocandy) Who Has Brought Shame To Us + She Dire Need Of Rehabilitation