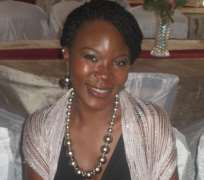 Ofunneka Amanda Molokwu, Nigeria's representative at, and first Runner-up of Big Brother Africa (2007) is bringing her social-responsibility to being as she holds a Book Party in VGC Lagos, on Sunday, February 28, and renowned motivational speaker, Fela Durotoye and award winning Kaine Agary are some of the personalities expected to 'Party�with participants at the charitable event.

“The Book Party,” Ofunneka says, “is also a networking event which is part of the activities of the Ofunneka Youth Empowerment Fund (OYEF) to reach a milestone of 6,000 books in two months. So, we expect that participants come with (at least) a book for pupils within the ages of 11 and 18 Years. Books donated at the event will be used to stock-up libraries of Public Schools in Lagos,” she assures.

Kaine Agary, the author of Yellow Yellow and winner NLNG Prize for Literature will be 'Partying' with participants as she has been invited to do the book reading, while Fela Durotoye is expected to motivate participants and urge them to read extra, especially because his Project Read which has a mission to get One Millionstudents to pass their Senior Secondary School Certificate Examinations every year.

OYEF was launched last year with a mission to help combat socio economic disparity, and empower less privileged youth allowing them to reach their full potential. The Book Party is a group effort of OYEF and Women Sharing Network.