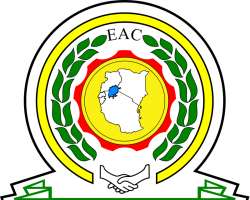 ARUSHA, Tanzania, June 19, 2013/African Press Organization (APO)/ -- African Parliamentarians are urging governments to deepen democratic processes and to sustain efforts to curtail recurrent pockets of instability and poor governance in the region. At the same time, the legislators are recommending for linkages of democratic governance with the provision of basic needs of the citizens, a move they say shall stabilise countries.

The commitments emanate at the end of the two-day International Parliamentary Conference on emerging democracies in Africa which took place in Abuja, Nigeria.

The conference held on June 17-18, 2013 agreed to advocate for strengthening of institutions including the judiciary, legislature, security services, electoral commissions and a free press as a pre-requisite for sustainable development in Africa.

The Speaker of EALA, Rt. Hon Margaret Nantongo Zziwa was emphatic that effective political participation can only be realised when it offers minorities and indigenous peoples opportunities to promote and protect their identity and to ensure respect for their dignity and their communities.

Delivering a paper on Opening Political Competition and Effective Participation, Rt Hon Zziwa remarked that it was significant for all political actors including governments in power to open up and create space for healthy competition.

'What we need is an assured level of civil and political liberties including freedom of expression, that of the press and freedom of association so as to ensure the integrity of political competition and participation', the EALA Speaker maintained.

'Effective political parties are a necessity in the dispensation to open up political participation. They must work together for the embodiment of true and open democracy', Rt. Hon Zziwa remarked.

Yesterday, Ghana's former President, H.E. Jerry Rawlings in his keynote speech entitled: Emerging Democracies; Challenges and Opportunities, emphasised that emerging democracies were grappling with problems of incoherent constitutions and weak institutions and called for a 'change of tide' in the democratic dispensation to guarantee freedom and justice for the continent.

'The judicial and security services are not free of excessive control. We are also saddled with civil society who instead of exposing ills in government and society, rather metamorphose into political parties entities - attacking or overprotecting government as if their survival depended on it', Mr. Rawlings noted.

The former Head of State noted that past occurrences in Kenya and Cote d'Ivoire and the recent developments in Libya, Tunisia and Egypt call for a thorough revision of political processes and structures in the countries.

The high profile conference was attended by eminent persons and former Presidents, Speakers of the regional and national assemblies, legislators, senators and high ranking government officials.

Over 300 legislators from the Parliaments of Zimbabwe, South Sudan, Senegal, Mauritania, Guinea Bissau, Lesotho, Liberia, Malawi and Ghana were in attendance.

The two day conference was organised by the National Institute of Legislative Studies (Nigeria National Assembly) in conjunction with the European Parliamentarians with Africa (AWEPA) and the Parliamentary Centre, Canada.