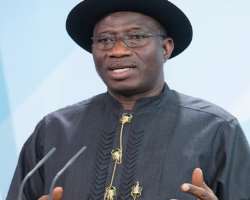 The national caucus of the party gave the mandate to the President during its meeting which held Tuesday night.

Chairman of the PDP Governors Forum, Governor Godswill Akpabio, who disclosed this at the end of the meeting, said the president was expected to use his position as the father of the party to bring all aggrieved members back to the fold.

Aside the presidential committee, another committee that will raise guidelines that will be submitted to the National Executive Committee (NEC) to steer its deliberations was raised by the caucus. The committee comprises of Akpabio, representatives of the party’s Board of Trustees (BoT) and others.

Akpabio disclosed that the recall of Governor Rotimi Amaechi of Rivers State which also came up at the caucus meeting may have been stalled because his case is still in court.