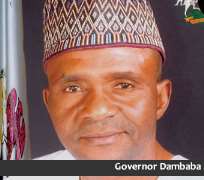 
The Acting Governor of Taraba state, Garba Umar, has said he cannot tell when ailing Governor Danbaba Suntai will return to the state amid speculations the governor had recuperated and will soon return.

Mr. Umar told newsmen in Jalingo on Sunday that only the medical experts at John Hopkins Hospital in America could tell when Mr. Suntai, who is reportedly receiving treatment for injuries he sustained in an airplane crash, would return to the state to resume work.

Mr. Suntai and his aides sustained severe injuries after a small plane he piloted plunged near the Yola airport in Adamawa state.

While some of the other passengers recuperated, the governor has remained abroad for nearly a year, receiving treatment at different hospitals.

The acting governor was in the hospital to see Mr. Suntai as well as in Saudi Arabia to perform the lesser hajj.
He told newsmen that they shook hands and exchanged pleasantries but there was no long discussion between them.

Mr. Umar said that he would continue to pursue the programmes and projects embarked by Mr. Suntai to ensure continuity in the governance of the state.

The statement came on the heel of speculations that the ailing governor had recovered and would soon return to the state.

Mr. Umar, who was accorded rousing reception, use the opportunity to thank the people of the state for their solidarity and support.