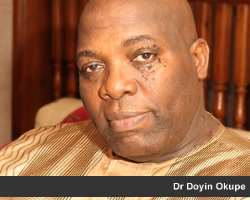 One month into the State of Emergency declared by President Goodluck Jonathan in some states in the North Eastern part of Nigeria,reports from Borno, Yobe and Adamawa states  are reassuring as normalcy is gradually being restored as a result of the gallant efforts of the Armed forces and other security agencies as well as the co operation of the local communities.

Markets are being re opened, children are returning to schools, sacked communities are being re-inhabited while commercial activities in major towns in the affected states are approaching pre-insurgency period.

Perhaps most gratifying is the new development where citizens, especially youths, are now fully co operating with security agencies to hunt down these insurgents and hand them over to the Military.

Without doubt, these youths are the new National heroes who have risen up to the occasion in an unprecedented patriotic fashion to work together with their government by going after their tormentors. This is heart-warming and clearly indicative of an awakened consciousness of civic responsibility.

Also contrary to a report in some Media that 8,000 Nigerians were fleeing to Niger Republic as a result of the emergency rule, the National Emergency Management Agency and the Borno State government have confirmed that only 126 Nigerians have so far been displaced by the operations and that the bulk of the refugees referred to in the report were Nigeriens returning to Niger.

It is therefore gratifying that Nigeria is winning the war on terror and that the decision by President Goodluck Jonathan to declare a State of Emergency in those three states is timely, effective and strategically unassailable.

The results have proven that the opposition political leaders who opposed the decision on the emergency rule as well as the proscription of terrorist groups are actually clueless and unfortunately blinded by their political pursuits.