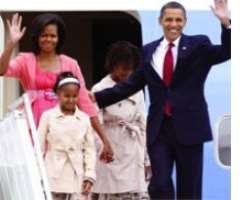 Later in the month, President Barack Obama arrives Africa for a three-nation tour. Obama will visit Senegal, South Africa and Tanzania. He will use the opportunity to strengthen ties and promote issues of mutual interests. In his speeches and meetings, Obama will spell out his priorities and emphasize what is important and central to American interest in the region. I hope President Obama will, during his trip, speak out against witchcraft related killings and abuses in Africa. Unfortunately, most world leaders have maintained a scandalous silence over the waves of witch hunt ravaging many parts of sub Saharan Africa. They have refused to mainstream the issue into their foreign policy or international development programs.

Belief in witchcraft and magic is strong and pervasive in Africa including Senegal, South Africa and Tanzania. Witchcraft accusation is widespread, and related abuses are rampant. Witch hunt presents a major human rights, humanitarian and development challenge to the continent. In fact belief in malevolent magic and other occult powers presents the greatest obstacle to African renaissance and enlightenment. Witch belief poses a serious threat to human dignity, to peace and harmony, to mental growth, intellectual awakening, moral, and cultural progress in the region.

Most Africans take belief in witchcraft seriously. The term witchcraft evokes fear, panic and apprehension in the hearts and minds of people. Witchcraft accusations corrupt and poison fellow feeling and family relationships. Many Africans still think witchcraft is a real not imaginary crime, and treat suspects like real criminals. They attribute their misfortune- poverty, death, diseases- to witchcraft and evil magic of their family and community members. They commission local witch doctors and finders to 'smell out' these enemies within. Those accused of witchcraft are treated without mercy or compassion. Suspected witches or wizards are attacked, tortured, lynched or exiled from their homes. They are subjected to different forms of trial by ordeal. Some are forced to drink, sometimes, poisonous concoctions to confirm or to disable the witchcraft powers in them. Most cases of witchcraft accusation and ritual murder take place in rural communities and most victims are un accounted for. Witchcraft accusation is a symptom of development failure in the region.

In Ghana, suspected witches are banished to 'make shift camps' in the North of the country. In Congo DRC and Nigeria, children accused of witchcraft are abandoned and forced to live on the streets. They are subjected by pastors to torture, inhumane and degrading treatment in the name of exorcism. In Uganda, old women are often branded witches and children are killed for ritual purposes. In Kenya, witch burning is rampant particularly in Kisii region. In Malawi, elderly women were until recently jailed for witchcraft. In Cameroun and Central African Republic, witchcraft is recognized by law and suspected witches are tried in state courts. In Nigeria, witchcraft accusation is illegal but accusations continue to take place across the country with impunity. Witchcraft related murders often go unpunished.

In one of the countries Obama is visiting- Tanzania- albinos are targeted and killed for ritual purposes. The body parts of albinos are harvested, sold and used for ritual potions which many people believe will bring good luck, power and wealth. Some people mistakenly identify witchcraft as 'African science' and witch hunting as part of African culture. Many people fear to speak out against witchcraft related abuse because they believe witches exist, and witchcraft is real.

President Obama should, during his visit, help raise the profile of the campaign against witch hunt and related killings and abuses and help bring an end to this dark age phenomenon.

Obama should join his voice with those working and campaigning to stop witch hunt in the region. He should pressure African leaders to take pro active measures against these horrific abuses- to decriminalize witchcraft, enforce the laws against witch hunting and support victims of accusation.

He should ask Africans to draw lessons from the witch hunt in Europe and in Salem America. Obama should condemn ritual killing of albinos in Tanzania, of people with hunchback in Nigeria, witch killings and abuses in Kenya, Nigeria, Lesotho, Uganda and Sierra Leone. He should help rally international support for victims of witchcraft accusations and those internally displaced due to witchcraft -those who are languishing in camps in Ghana and Burkina Faso, and accused children living on the streets of Congo Kinshasha, and in Akwa Ibom and Cross Rivers states in Nigeria. The American president should speak out against the superstitious and irrational beliefs that cause Africans to commit these atrocities. He should ask African schools, colleges and universities to rise up to the challenge of public education and enlightenment, to combat superstition and other forces of dark age by inculcating the values of scientific temper, critical thinking and human rights. From recent developments in the UK, it should not surprise Obama that witchcraft related abuse might be taking place at least among African and Asian immigrants in the US. Obama should not miss the opportunity of using his upcoming trip to Africa to make a clear and categorical case against witch hunt, witchcraft related killings and abuses. It is not only in the interest of Africa, it is also in the interest of the United states and the world.