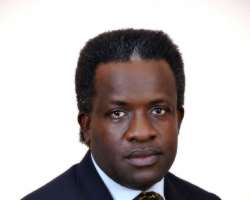 The President of Port Harcourt Chamber of Commerce, Engr. Emeka Unachukwu, the Deputy speaker of the Rivers state House of Assembly, Hon. Leyii Kwanee, the Deputy Managing Director of Total E&P, Nicolas Brunet among others in the state have staked shared integrity in building confidence for a delegation of 18 visiting French investment groups exploring expansionist business opportunities in the state.

At a session to match the French businessmen with prospective Nigerian partners and target clients in Port Harcourt, they all guaranteed a safe business terrain while pledging to take further necessary responsibility to secure investor's stakes in the state.

The French companies numbering about 19 were told that Nigeria remains the friendliest country among the African countries for any prosperous investor.

Engr. Emeka Unachukwu, President of PHCCIMA while giving the private sector perspective said the wealth of natural resources, availability of labour, and robust cohesion of the local business community through the instrumentality of the Port Harcourt Chambers, added to government efforts, make Rivers the most investment friendly economy in Nigeria.

Unachukwu, however, cautioned the visitors that, “To take full advantage of the Rivers enabling environment, you must not act alone - you must be guided by the Organised Private Sector like Port Harcourt chamber of commerce with strict compliance with the Nigerian Content Act otherwise you are bound to fail.”

He said Nigeria has a very large land mass, Gross Domestic Product (GDP) which as at 2012 was 451.1 billion and Gross Domestic (GD) growth rate at 7.1 percent.

Further speaking he said the market strength of the country lies much in the population with over 150 million people while it is operating on economy dependent on oil and agriculture, labour is cheap as well as cost of production in comparison with other countries.

“The initial problem which has now been addressed was the state of insecurity and probably some inconsistencies in government policies which are been tackled”, even as he laid credence to Governor Chibuike Rotimi Amaechi commendable strides in tackling the power sector which he said is capable of affecting businesses positively.

The PHCCIMA helmsman further noted that the purchasing power in the country is lucrative because of the large population and increasingly sophisticated consumer base and concludes that Nigeria remains the best destination for investment.

Deputy Speaker of the Rivers State House of Assembly (RSHA), Hon. Leyii Kwanee, who spoke in an interview said that the state was hostile to investors “but when governor Amaechi came onboard much have been put by way of resources deployed into the security situation of this state and as I speak with you today, I think Port Harcourt is business friendly”


He noted that the House of Assembly is working to ensure that issues that would hamper investors from establishing their business in the state are being tackled. And on the double taxation he said “we have been dwelling majorly on the issue of taxation which has constituted a nightmare to business operators before this time but effort at geared towards enthroning a harmonized taxing system” he said.

Deputy Managing Director (DMD) Total exploration and production (E&P), Nicholas Brunnet, narrated the company's experience in Egi and other host communities in Rivers State and told the visiting French investors that Rivers State is conducive for an investor.