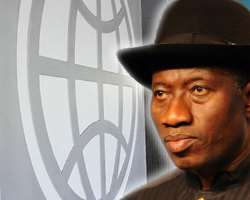 SAN FRANCISCO, June 12, (THEWILL) – The Presidency on Wednesday stated that there was no time during the administration of President Goodluck Jonathan that the World Bank indicted Nigeria on poverty reduction. It said rather, the World Bank this year commended President Jonathan and the Nigerian Government for reducing poverty in Nigeria.

According to the statement, “It is a matter of record that the World Bank’s Vice President for Africa, Mr. Mouktar Diop, visited Nigeria in January of 2013 and on the 15th of January he praised the Jonathan administration for reducing poverty in Nigeria by 2 percent. His endorsement of the Nigerian economy was widely published by the print, electronic and New Media.

“Also, on the 7th of May 2013, the World Bank Country Director for Nigeria, Ms. Marie Francoise Marie-Nelly, addressed a press conference and revealed that the World Bank has promoted Nigeria from a low income country ranking to a medium income position saying the level of endemic poverty in the country has reduced.

“Speaking during her press conference, Ms. Marie-Nelly said “The decision also followed the growth in Nigeria’s revenue as her gross national income per capita had reached about $1,200 in the past two years, prompting the Bank to undertake an upgrade from its current IDA only status.”’

Maintaining that “this is the first time in the last 30 years that Nigeria has achieved this status,” the statement added that “the United Nation revealed in their Human Development Index that average Life Expectancy in Nigeria had risen to their highest levels since records were kept under President Jonathan,” stressing that “ Before President Jonathan assumed office, life expectancy in Nigeria was 47 years, after 2011 life expectancy increased to 51 years.”


The statement noted that “Given the facts stated above, it is obvious that the publication by Premium Times is not only inaccurate and untrue, but it is a disservice to the administration of President Goodluck Jonathan and the millions of Nigerians whose hard work and increased productivity has seen Nigeria achieve the world’s fourth fastest GDP growth rate of 6.6percent.”

The statement also maintained that effective rebranding is a projection of positive things that are already happening, saying when a nation is showing positive growth, the whole world notices.

“This may account for the comments by the British Prime Minister in his speech before the Conservative Party on October 10 2012 where he said “Yes, we’ve been hearing about China and India for years …but it’s hard to believe what’s happening in Brazil, in Indonesia, in Nigeria too. Meanwhile, the old powers are on the slide.

What do the countries on the rise have in common? They are lean, fit, obsessed with enterprise, spending money on the future – on education, incredible infrastructure and technology,”’ it said.