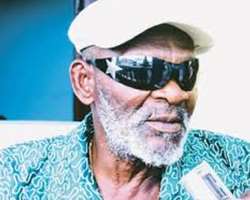 His death was confirmed to the media by one of his 3 wives, Funmilola.

Often described as the oldest performing musician in Nigeria after his comeback, the highlife legend took ill in the first week of June and was admitted at the Lagos hospital until his demise.

He is survived by 3 wives and 16 children, according to family sources.