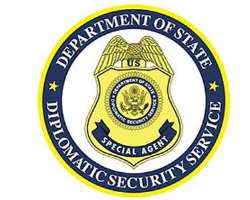 SAN FRANCISCO, June 11, (THEWILL) – The U.S. Department of State's Rewards for Justice programme said it has paid more than $125 million to more than 80 persons who provided actionable information that put terrorists behind bars or prevented acts of international terrorism worldwide since the inception of the programme 29 years ago.

THEWILL recalls that the programme for the first time since its inception in 1984, recently offered rewards for information on key leaders of terrorist organisations in West Africa.

The terrorist leaders, according to the statement e-mailed to THEWILL, include leaders of al-Qaida in the Islamic Maghreb (AQIM), the Movement for Unity and Jihad in West Africa (MUJWA);and the groups known as the Signed-in-Blood Battalion and Boko Haram.

According to Reward for Justice, “Yahya Abu el Hammam serves as a senior leader of AQIM, planning attacks and kidnappings in North and West Africa. Hammam reportedly was involved in the 2010 murder of an elderly French hostage in Niger.

“Mokhtar Belmokhtar, previously a leader of AQIM, is the founder of the Signed-in-Blood Battalion, also known as the al-Mulathamun Battalion. It conducted the deadly January 2013 attack on a gas facility in In-Amenas, Algeria, where at least 37 hostages, including three U.S. citizens, were killed.

“Malik Abou Abdelkarim is a senior leader within AQIM. Under his command, AQIM fighters have conducted kidnappings and terrorist attacks in North and West Africa.

“Oumar Ould Hamaha, previously a member of AQIM, is now the spokesperson for MUJWA, an AQIM offshoot. As a member of AQIM, Hamaha participated in kidnappings of foreigners for ransom, including the kidnapping of a Canadian diplomat from Niamey, Niger, in December 2008.

“Abubakar Shekau is the leader of Nigeria-based, Jama’atu Ahl as-Sunnah il-Da’awati wal-Jihad, more commonly known as Boko Haram. The group is responsible for the August 2011 vehicle-bomb attack on a United Nations facility in Abuja, Nigeria, which killed at least 23 people and injured 80.”

The statement said more information about the wanted terrorist leaders is located on the Rewards for Justice website (www.rewardsforjustice.net) or on Twitter: @Rewards4Justice.

The statement added that anyone with information on these individuals should contact the Rewards for Justice office via the website, e-mail ([email protected]), phone (1-800-877-3927), or mail (Rewards for Justice, Washington, D.C., 20522-0303, USA), assuring that all information will be kept strictly confidential.