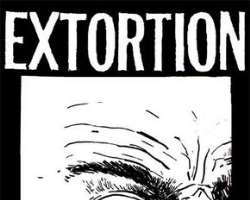 OVER the years, public officials in Nigeria have unwittingly become endangered species, usually the target of slanderers and extortionists, for reasons that are less than altruistic. The most unfortunate aspect of this sad saga is that journalists have often allowed themselves to be sucked into the vortex of this disturbing trend.

This issue reared its ugly head recently when the Abuja Chapter of Nigeria Union of Journalists, NUJ, alerted the general public of the shameful activities of these turn-coats in the journalism profession, citing the case of a Kaduna-based magazine which claimed to have written a book running into hundreds of pages chronicling alleged rot within the FCT Administration under the leadership of Senator Bala Mohammed, with a view to extorting huge sums of money from him as 'settlement'.

The NUJ leader, Chuks Ehirim, stressed that in a glaring unprofessional manner, the said magazine went to the extent of publishing advertisement soliciting for negative articles from the general public through telephone, email and Facebook to rubbish the image of the FCTA and the Minister. Too sad! At the same time, the publisher of the controversial magazine was allegedly putting pressure on the Minister through his aides to pay a staggering N15million into his account with a first generation bank and also allocate a choice plot of land to him in Abuja as a condition for him to suspend the publication of the book. But the corrupt publisher met a stubborn man in the Minister who swore never to bribe anybody to kill report or allocate land to any person under duress. His aides promptly reported the attempted extortion to the NUJ and the security agencies detailing the account number sent by the rogue publisher to a media aide of the Minister.

In life, there are different types of human beings. Out of these, however, two stand out most prominently. In the first class are those who appreciate the goodness in others. These individuals look at others through the prism of objectivity, celebrating them when occasion demands and criticizing where there is the need to do so. Their criticism is usually informed and unbiased.

Conversely, at the other side of the coin are human beings that hardly see anything good in others. To this group of individuals, the world begins and ends within their tiny and narrow horizon. Often shallow-minded in their perception of events, there is the tendency for them to find fault even where none exists.

This ugly phenomenon is known in local parlance as PHD. Do not be deceived. The three letter initials do not stand for academic title, Doctor of Philosophy. Far from it! It simply means Pull Him Down, a cruel disposition targeted at celebrated achievers. This class of men are simply unprincipled, seeking out to distract hard working men and women from their noble goals.

Sadly, a member of this group, the publisher of this Kaduna-based magazine almost found a safe haven in FederalCapitalTerritory to ply his trade. The prime target is Senator Mohammed. Ordinarily, there would not have been any need to join issues with this journalist-turned- extortionist, who is desperately trying to survive willy-nilly. However, in these strange times, when falsehood if left overtime, assumes the position of truth, there is the urgent need to put the records straight.

For this publisher to even contemplate zeroing in on the FCT Minister to ply his trade is saddening to say the least because the Minister has demonstrated an unprecedented heroism, coupled with inspiring bravery in transparently tackling the problems of the FCT in the last three years that he has presided over the affairs of the territory.

Secondly, his conceptualization of governance is one that espouses the lofty ideals of leadership being synonymous with moral authority as the one way to beat followership into line. Because he has insisted that all transactions be conducted in strict compliance with the Federal Government's due process regime, Senator Mohammed has kindled the ire of some people, including this publisher, and as such deserves to be crucified.

For daring to stand out of the motley crowd of those who see public office as an avenue to plunder the common patrimony at will, he must be barbecued. Spoilsports like this publisher-cum- 'journalist', no doubt has found the Minster's style of administration which is premised on a determination to free the FCTA from the vice grip of marauders that have plundered its resources with abominable perfidy, objectionable.