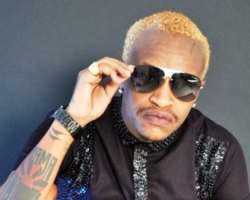 The long battle between Prezzo and his embattled wife Daisy Jematia Kiplagat in court finally reached a resolve earlier this week. Prezzo's wife filed for a divorce 13months (May 2012) ago at the High Court in Nairobi, Kenya. Prezzo real name Jackson Makini did not defend it. High Court Judge-Luka Kimaru granted Daisy's application and ordered Prezzo to pay a monthly upkeep of Sh50,000 for their baby born in March 2009.

Daisy told the court in her evidence that Prezzo had committed adultery with various women and particularly a former model, Joy Wanjohi. Prezzo had also been verbally abusive causing her mental stress and anxiety. He physically abused her and failed to abide by his financial responsibilities.

Other allegations raised by Daisy against her former husband were that he drinks alcohol heavily and consumes narcotic drugs almost on a daily basis after which he subjects her to verbal and physical abuse.

During an interview granted The Standard in January 2012, Prezzo spoke about his troubled marriage, his love affair with former model Joy Wanjohi and his two-year old baby.
36NG