Rita Dominic Does Not Have a Boyfriend 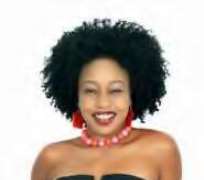 Rita Dominic Nwaturocha is a stunning looking babe who makes the adrenalin of many men pump faster when they see her act in movies. With her flawless light skin complexion which forever glows, her luscious lips and her seductive look which will capture even the most principled man. She is also good at what she does. She also has an A-list rating status as an actress. All these put together has turned her into one of Nollywood's shinning stars Nigeria can boast of. She has surpassed herself and can be rated as one of those who changed the face of Nollywood in Nigeria.

Having starred in several movies, she is an object of envy amongst her peers, not only because of her clear, fair complexioned skin and captivating beauty, but also because not many of them can lay claim to the success and achievements that trail her person. Rita's audience are always taken with her electrifying performance in whatever role she chooses to play and even directors are always on a line up to secure her services. Since she shot into limelight, she has not been resting on her oars. For over a decade now she has been significant and unswerving on the scene.

But despite her accomplishment, not much is known about the very private life of the talented lady. Unlike most actresses, not much gets written about who Rita is dating. A couple of years back it was rumoured that Rita was dating a foreigner and even fought with her PA, Mildred Okwor of 6 years over it. It was however debunked as a mere rumour. Also, she has been linked to other actors like Nollywood bad boy Jim Iyke whom she reportedly had a sizzling romance with, an allegation she denied as well. She was also hinted to be at war with fellow Nollywood actress Genevieve Nnaji over the affection of a London based guy named Christopher Chinedu Obukwelu, the story is that the guy who reportedly worked with MINAJ television Nigeria before relocating to London actually started a relationship which eventually went sour with Rita. Later the guy met Genevieve and they both started seeing. What brought the final straw was when the guy started making strong intentions to settle down with Genevieve, at a point, Rita got to know about it and started staging a come back into the guy's life since she was the former girlfriend. At that time too, the guy was meant to come back to Nigeria to sign one deal with one media house which will allow Nigerians to watch premiership in their own country. But it never worked out as both parties wanted the guy to themselves through out his stay in Nigeria. Genevieve had plan that Chris was going to stay with her while Rita also on her own part had plan the guy was going to stay with her. The guy's sister however dashed their hopes by insisting the guy should stay in their family house. When it all got to a head, Chris reportedly stopped picking Genevieve's calls, even though he was still keeping in touch with Rita for a while before he moved on with his life. This story turned out to be a charade as no one could corroborate it. But again all these stories have been denied. Rita has also not helped matters because she hardly talks about men. In all the interviews she granted so far, it's all been all about her job. But in the midst of all these hearsays, fun-loving and hard working, Rita is forging ahead and given no hoot about what anyone says about her. However, the issue giving most of her fans loads of concern is that she may have sworn off men as Rita is one actress whom nobody seems to have been able to tag with a guy she is presumably dating.