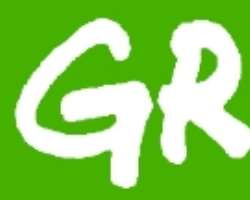 In April of this year, the Ministry of Forestry and Wildlife (MINFOF) made

the encouraging decision to suspend Herakles' efforts to develop a 73,000

hectare palm oil plantation in south west Cameroon. The US-based corporation was attempting to push ahead with the project, despite widespread opposition from communities concerned about losing their lands and livelihoods, allegations of corruption and violations of national law.

Since these crucial issues remain unaddressed, it is worrying that this decision has been reversed with no explanation as yet.

"This project should be cancelled permanently, as it would have devastating social and environmental consequences for the region " said Irène Wabiwa, forest campaigner for Greenpeace Africa. “In addition, it seems increasingly clear that the company is facing serious cash flow issues. The company is not a viable long-term development

partner for the Cameroonian government nor local communities, and the government would be well advised to conduct financial due diligence on Herakles Farms”, she continued.

A report released last month by the Oakland Institute and Greenpeace International detailed widespread misconduct by Herakles Farms. A series of internal company communications and documents reveals that the company is apparently well aware that it is operating in Cameroon without all required permits and authorisations, and that bribery may have been used in the attempt to gain consent and other approvals for the project(1) .

The US authorities are aware of the allegations of corruption, and Greenpeace and the Oakland Institute believe both the US and Cameroonian governments should thoroughly investigate these accusations.

“In the face of evidence that's been laid bare by the Oakland Institute and Greenpeace International, we wonder why the hands of the Cameroonian Government are still tied, stopping it from doing right by its people and the country,” said Anuradha Mittal, Executive Director of the Oakland Institute.

Greenpeace and the Oakland Institute are calling for a moratorium on all large-scale land concessions in Cameroon until appropriate safeguards are introduced to protect the livelihoods of local communities and the forests on which they depend. If this project is not stopped, Herakles Farms's palm oil plantation would set a very bad example to investors on how large-scale agribusiness projects can be conducted on the continent.