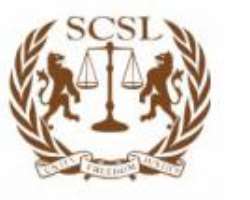 FREETOWN, Sierra Leone, June 4, 2013/African Press Organization (APO)/ -- Justice George Gelaga King of Sierra Leone has been elected Presiding Judge of the Appeals Chamber, a post which makes him President of the Special Court. He succeeds Justice Shireen Avis Fisher of the United States, whose term ended on Monday.

Justice Emmanuel Ayoola of Nigeria was re-elected to a fourth term as Vice President, and Justice Renate Winter of Austria was elected as Staff Appeals Judge. Justices King, Ayoola and Winter were among the first set of Judges appointed to the Special Court at its inception in 2002, and they will serve in these posts until the Court completes its mandate.

Justice King taught law at the Sierra Leone Law School from 1990 to 2005. He is Chairman of both the Sierra Leone Law Journal and the Gambian National Council for Law Reporting, and was a member of the Sierra Leone Council of Legal Education. He is a Fellow of the Royal Society of Arts. He holds an LLB degree from London University, and was called to the Bar at Gray's Inn, London.

In May 2007, he received Sierra Leone's highest honour when he was named a Grand Officer of the Republic of Sierra Leone (GORSL). He is a “Distinguished Visiting Professor” of Kingston University in Essex, U.K.

Justice King has been a Judge of the Special Court for Sierra Leone since 2002. He previously served two terms as President; he was first elected in 2006 and re-elected in 2007.