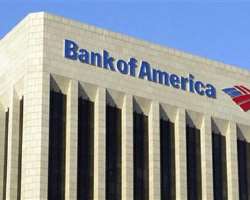 A long-running fight comes to a head on Monday when court proceedings begin over an $8.5 billion settlement between Bank of America Corp and investors in mortgage securities that turned sour in the financial crisis.

Bank of America agreed to the proposed settlement in June 2011 to resolve claims by investors who held bonds issued by mortgage lender Countrywide Financial Corp, which Bank of America bought in 2008.

Twenty-two institutional investors, including BlackRock Inc, MetLife Inc and Allianz SE's Pacific Investment Management Co entered into the deal. But American International Group Inc and others objected, saying the settlement offered them only a fraction of the money they lost.

Justice Barbara Kapnick of New York State Supreme Court, who will decide the case without a jury, has set aside the first two weeks of June to hear the case.

If she rejects the settlement, the parties could face years of litigation.

Kathy Patrick, who will argue for the institutional investors who negotiated the deal, said objectors comprise only seven percent of certificate-holders.

"There is massive support for this settlement," Patrick said in arguments during a last-minute appeal last week.

Over 20 AIG entities and the home loan banks of Boston, Indianapolis and Chicago are among 65 opponents of the settlement, he said.

The opponents say losses to the trusts might exceed $100 billion, according to court papers. They claim BNY Mellon placed its interests and those of Bank of America above certificate- holders. They point out BNY Mellon gets trust business from the bank.

The case was filed by Bank of New York Mellon, the trustee for some 530 trusts that held the securities, asking the court to approve the settlement and declare it binding on all beneficiaries.

Matthew Ingber, who represents BNY Mellon, is expected to argue the trustee has the right to settle claims and exercised good faith judgment in deciding the settlement was reasonable.

"We believe this $8.5 billion settlement is in the best interests of all the certificate-holders," Ingber said during last week's appeal.

In the two years since it was filed, the case has been a frenzy of activity.

An investor group that opposed the settlement, led by Boston-based Baupost Group, moved the case to federal court in the hope of getting a higher payout. The attorneys general of New York and Delaware voiced their opposition to the deal and New York accused trustee BNY Mellon of fraud.

Then the pendulum swung in the other direction. A U.S. appeals court sent the case back to state court, Baupost, operating under the name Walnut Place, withdrew its objections and New York dropped the fraud claims. Last month, the two attorneys general also withdrew their objections to the deal.

A ruling could take months after the trial is completed.