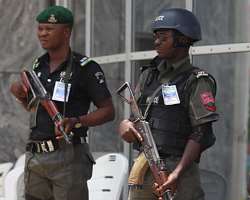 SAN FRANCISCO, June 02, (THEWILL) – The Delta State Police Command has invited, for questioning, the younger brother of the Delta State’s Commissioner for Housing, Chief Paulinus Akpeki, as well as the executive members of the Sapele Market Leader's Council in connection with the alleged assassination attempt on the life of a leading tomato seller in the market, Madam Julie Adeleye.

The tomato seller, who said the commissioner's brother is her cousin, alleged that she narrowly escaped being killed by a gang of suspected hired assassins after being lured to a meeting by the Commissioner’s brother and the chairperson of the state’s Market Leaders Council at a beer parlour along Macpherson Road in Sapele.

She alleged that she had been invited to the beer parlour under the guise of discussing issues which had to do with tomatoes and pepper business, saying unknown to her, a booby-trap had been laid for her as she alleged further that she was surrounded by a gang of over 10 thugs armed with knives and machetes.

Madam Adeleye also alleged that the gang forced her at gun point to sign an undertaking that she would henceforth hike the prices of her tomatoes and pepper by 500 per cent or she would be killed.

Narrating her ordeal to journalists in Sapele, Madam Adeleye also recalled that only last year, she was almost killed by some armed bandits who also destroyed her lorry load of fresh tomatoes and pepper near the main market for no just reasons.

She disclosed that the timely intervention of policemen and passersby, led by the Divisional Police Officer of the Sapele Police Station, Mr. Kenneth Akubue, was her saving grace.

Confirming the development, the DPO of Sapele Police Station, Akubue, said the police had already invited the executives of the market leader’s council as well as the Commissioner’s younger brother for interrogation.