NAFDAC AND MY PIKIN: THE TRIUMPH OF TENACITY 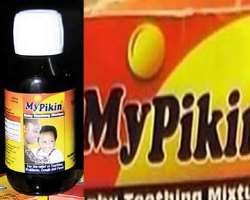 The recent conviction and imprisonment of two employees of Barewa Pharmaceutical Company Ltd, on charges of producing and selling the killer baby teething syrup, My Pikin, are significant in many ways. Not only is it a defining moment for the National Agency for Food and Drug Administration and Control (NAFDAC) in its fight against drug counterfeiting, it is equally a personal triumph for Dr. Paul Orhii, head of the agency who has tenaciously pursued the matter since 2009.

The syrup which allegedly accounted for the death of over 80 innocent children between 2008 and 2009 has been the subject of a lingering, twisting court case. An alarmed Nigerian populace must have been impressed with NAFDAC which displayed an uncommon courage and determination since the matter broke open four years ago. The agency had adduced compelling evidence that the teething mixture was adulterated, and vowed to bring the culprits to book.

It was not mere talk as events have since proved. The trial judge, Justice Okechukwu Okeke had found the Company, its Production Manager, Mr. Adeyemo Abiodun; and the Quality Assurance Manager, Egbele Eromosele, guilty of conspiracy, manufacturing and selling the dangerous baby teething mixture. He therefore sentenced them to seven years imprisonment each on the offence, while he ordered the company to be compulsorily wound up and its assets forfeited to the Federal Government.

The judgement is a landmark in the agency’s fight against fake and counterfeit drugs. It is the first time in its 20 years of existence that the Agency would secure a conviction against drug counterfeiters. It is also a befitting outcome for NAFDAC which had adduced strong evidence to conclude that the teething mixture was contaminated by the manufacturer who used diethylene glycol in place of “propylene glycol” in its production.

Diethylene glycol is an ingredient used in anti-freeze and brake fluids which is also used as industrial solvent while propylene glycol is harmless and sweet, and used in a wide range of medicines and foods. Barewa Pharmaceutical Company had opted for diethylene glycol which is far cheaper, though it causes damage to the liver and kidney, attacks the central nervous system and causes paralysis that hampers breathing.

To every well meaning Nigerian, it was an offence that should not be left unpunished, and one in which an example must be shown. Through its Directorate of Establishment and Inspection, NAFDAC had investigated the scandal which broke out in November 2008, and concluded that its mandatory prescriptions legally stipulated for drug productions were flouted. Investigations also found that the company relied on a school certificate holder to buy raw materials for the production of “batch 02008” of the drugs, and he had bought diethylene glycol instead of propylene glycol, the mistake that led to the contamination of the drug.

Evidence from the numerous laboratory tests at different hospitals where the children died was that “renal failure” symptom as shown by inability to urinate, was common to all the victims of the drug who were admitted to Ahmadu Bello University Teaching Hospital, Zaria where the scandal first blew open. The agency also established that the Quality Control Officer did not carry out the mandatory identification tests for all the materials before production as required by law. Nothing could be more pathetic in a country battling against drug contamination. The large number of casualties made it even worse, especially as the cause of death was easily associated with the drug administered.

Victory against fake and counterfeit drugs has in recent months been coming like rain drops for NAFDAC whose Director-General, Dr Paul Orhi has remained consistent in battling the menace. He deserves strong commendation for the diligent prosecution of the case, and for refusing to be distracted from it, like has been the case in some previous celebrated cases in which the agency is involved. This time, Nigerians were impressed the way the agency provided strong evidence arising from its meticulous tests and investigations.

Though the deaths associated with My Pikin started in 2008, Dr Orhii had reopened the case immediately he assumed office in 2009 as the Director-General of NAFDAC. It was a decision that earned for him and the agency, commendation for courage and forthrightness. He determined that the agency needed to pursue such litigations to the end, as a deterrent to others. Now, the successful trial and conviction of the case have brought another shocking revelation: that chemicals used in large quantities for such a sensitive manufacturing concern was handled by an unqualified personnel, a school certificate holder who knows nothing about them.

Though the DG has been relatively quiet in prosecuting the fake drugs war-- a departure from the old way-- it is evident he has been no less effective. This is evident not only from the final determination of the instant case, but from the increasing effectiveness of its enforcement and regulatory functions. In the past few years, NAFDAC has introduced several hi-tech facilities for verifying the authenticity and validity of manufactured products for public consumption. It also introduced cutting- edge technologies, WHO-prequalification programmes and other strategies in its operations, all of which have combined to improve production capacity and standardisation of the quality of drugs in the country. Within the period, Nigeria has also emerged the leading light in the use of cutting-edge technologies to fight drug counterfeiting.

In addition to serving as an inspiration to other judges, this first successful conviction is likely to re-energise the fight against fake and counterfeit drugs, considering that previous efforts in the courts have yielded little results. It has been 20 years in coming, but for NAFDAC the war against fake and counterfeit drugs has just begun. Like it vowed, the agency has indeed followed the My Pikin case to its logical conclusion; what is expected is that it builds on this landmark and on the vision of the present leadership.