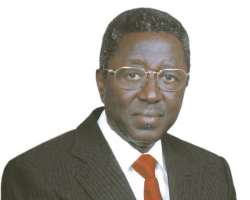 According to Jang, there is no faction in the NGF, as he insists that he is the only recognised Chairman of the group.

Fielding questions from State House correspondents after the meeting that, the Plateau State Governor said he led the team of governors in his capacity as their chairman to congratulate the President on his mid-term achievements and to consult with him on national issues.

He said, “We have met with Mr. President with me leading a team of governors from the Nigerian Governors Forum to congratulate Mr. President and to consult with him on very serious national issues.

“You know the security problem in the country and what we need to do in the coming two years to ensure that democracy stabilises and development continues in the country”.

Asked if the issue of faction of the NGF form part of the meeting Jang said, “Well, let me tell you there is no any factionalisation of the NGF. The NGF is one and I am the chairman of the NGF.”